Gathering Shows Potential to Rebuild the Students’ Movement
By Michael Ogundele and Dimeji Macaulay
On Monday 21st September, 2015 the Centre for Popular Education (CEPED), a platform of Academic Staff Union of Universities (ASUU) and Amilcar Cabral Ideological School (ACIS) jointly organized a students’ retreat to mark the 10th year anniversary of the death of Chima Ubani. Late Chima Ubani was a 1986 Students’ Union president of University of Nigeria, Nsukka who played prominent roles in the student movement under the auspices of National Association of Nigerian Students, (NANS), and was the Inaugural Secretary of the Joint Action Front (JAF). He, alongside photo journalist Tunji Oyeleru, died in an auto-crash on September 21 2005 on their way from Maiduguri where he had participated in a sensitization rally organized by the labour movement and civil society organizations to resist yet another plan to increase the cost of petroleum products.
In all, about 15 students’ union leaders, some NANS officials and students across the higher institutions participated in the retreat which had about 250 people in attendance. Notably, there were only two unions from the southern part of the country. Most of the unions in attendance came from the northern part. 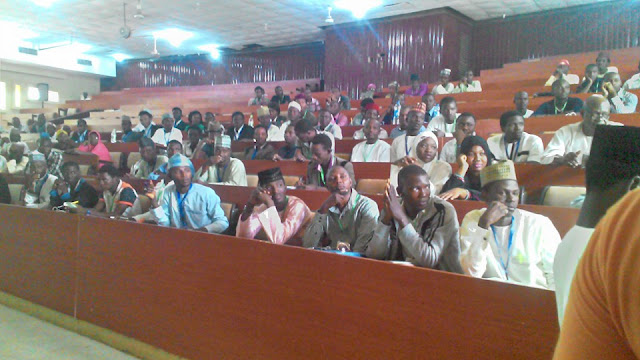 The retreat commenced at about 12:15pm with the introduction of the invited guests. These include Dr. Sola Olorunyomi (Convener, ASUU Students and Trade Unions relations committee), Dr. Mahmud Lawan (ASUU Chairman, BUK) who also stood for the ASUU president, Owei Lakemfa, Lanre Arogundade (DSM NEC member), Hauwa Mustapha (a representative of the NLC), Prof. Funke Sulaimon (member, ASUU Students and Trade Unions relations committee) Gbenga Komolafe, and the NANS Senate president who represented the NANS president among others.
In her opening remarks, the ACIS Central coordinator, Abiola Dabiri, emphatically stressed that the primary aim of the students’ retreat is to cross- fertilize ideas and share experiences towards rebuilding the students’ movement, and to immortalize Chima Ubani.
Dr. Mahmud Lawan, chairman of the Bayero University Kano ASUU chapter, in his keynote address which he gave on behalf of the ASUU president said that the retreat was historic, unique and significant because it was in the same university, BUK, about 33 years ago (specifically 1982) that Nigerian students gathered to adopt a CHARTER OF DEMANDS in the struggle against neo- liberal education policies and in defense of the Nigeria people at large. He also added that the retreat, too, is unique in the sense that it is being used to commemorate the memory and remembrance of Chima Ubani. In the words of the BUK Chairman: “the retreat which was organized under CEPED platform of ASUU was to bring together Nigerian students in the struggle for the emancipation of Nigeria people and in the campaign against the poor state of Nigerian universities”. He as well challenged students to actually start monitoring the special intervention funds released to their various universities as a result of the ASUU strike of 2013. He further stressed that ASUU struggles over the years is specifically in the interest of Nigerian students so as to have a good, qualitative university education. 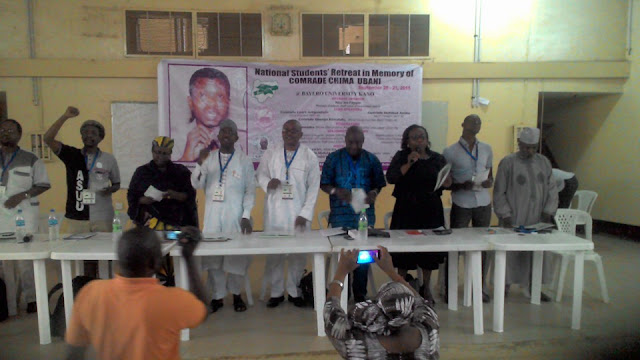