DEATH OF A PART TWO STUDENT IN UNIPORT

The Education Rights Campaign (ERC) condemns the murder of a two hundred level Theatre Art student of the University of Port- Harcourt, who died on the 30th of August due to the anti-student, anti-welfare policies of the school management and the anti-poor capitalist government which it serves, plus the total negligence of the doctors and nurses on duty at the UPTH teaching hospital on the night of her death.

According to a classmate of hers, the 200 level Theatre Art student was hale and hearty, and participated in a football march organised by her department on Thursday 28th August. She was said to have slumped down in her rest room on Sunday 31st and was immediately rushed to the University teaching hospital for medical attention. On arrival, the nurses on duty told them to go and get police report first before treatment. Immediately they took her, while still unconscious and alive, to Choba police station to obtain the police report. Between the intervals when they took her to the police station and back to the hospital, 3 hours of precious time that would have been used to save her life was wasted. Matters became worse when after bringing her back to the hospital with the police report, the nurses on duty said there was no bed space. In another 3hours, while still pleading with the nurses to do something to save the girl's life, she stretched her legs and suddenly gave up the ghost. 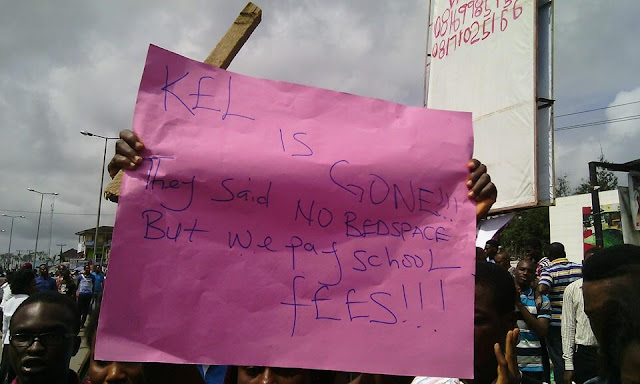 For us, that an oppressive, unjust and undemocratic requirement as a police report before medical attention could be given to a bona fide student even at the point of her death, a policy put in place by the Nigerian government, which has caused the death of many Nigerians, is not only revealing of the anti-poor character of the Nigerian ruling elites, but also exposes the inadequacy and rot in the health sector. What is the rationale for sure requirement especially when precious human life is involved? We believe it is the fact that the teaching hospital is lacking of necessary basic health facilities, including the lack of bed space, which was the reason the nurses gave for not admitting the girl, a permanent phenomenon which has become a feature of the health sector in Nigeria due to years of government deliberate underfunding, that led to Kelechi's death. In this regard the doctors and nurses cannot be blamed for the death of Kelechi. Since October last year doctors and nurses in UPTH together with their counter parts across the country have had cause to embark on several strike actions to draw the attention of the Federal Government to the deteriorating conditions in the health sector and the need for improved funding and better conditions of service to no avail.
STUDENTS REACTION

The gruesome death of the student had immediately provoked students anger the following day, sparking off spontaneous protest action by some students and riot by others. The student union leaders whom the students had approached for leadership failed to give leadership to the express anger of the students, asking them to execise patience, but to show their preparedness and determination, they went ahead with the protest. The protesters, led by students from the theatre art department, locked the main campus gate, the entrance gate leading to UPTH and blocked the east-west road at Choba for hours. Academic activities was disrupted for whole day. With anger on their faces and placards on their hands, while they donned black and black, the protesters blamed the doctors and nurses on duty for the cause of the student's death and demanded their immediate sack, while they called on the school authority to do something about the situation and for government to come to their aid. While this was going on, some other group of angry students were busy rioting and destroying facilities at the teaching hospital. 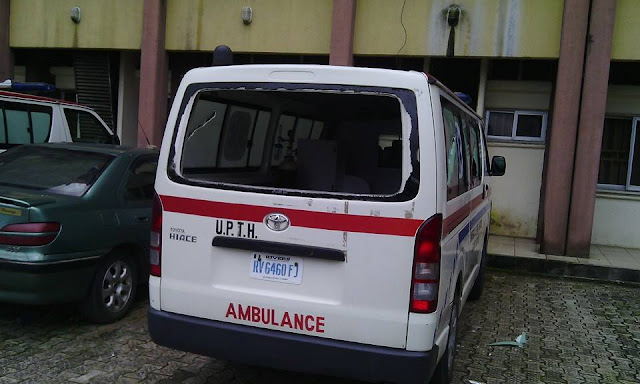 This is not unexpected, as the continued state of degeneration and rot in the NANS leadership, both nationally and in the south-south, plus the opportunism and total aloofness of the pro management student union leadership in always shying away from defending students independent interest, which also has organic links to the interest of the academic and non academic staff workers, has overtime led to a perverted state of disorientation and confusion in the students movement and a resurgence in cultism in many campuses. If the students union leadership had shown interest in the death of the student and had led the protest of the students, this would've united the students under its leadership and checked any act of rioting by students. This was not the case.

Unfortunately, the flip side to this situation, especially after the student riot, is management attempt to put the blame on students and to make students to pay for the damages. This is the essence behind the purported election of new executives of the Parents Forum, as publicised by the authorities around campus, with a parley with parents which the school management has cobbled together, in hopes of using it as a smoke screen to justify hike in students fee.

The Education Rights Campaign condemns this latest imminent attack on nigerian students, plus attempt by the school authority to shift the blame of the riot on students in other to punish it for a crisis caused by management and government anti-poor policies. We call on all concern students and the student union leadership to be battle ready to oppose any insensitive attempt by the school management to hike students fee by any margin as a result of the riot.
We hold that the government and the school authority should be held responsible for the death of Kelechi and that, instead of arbitrarily increasing students fee, compensation must and should be paid to her family by the government/school management. 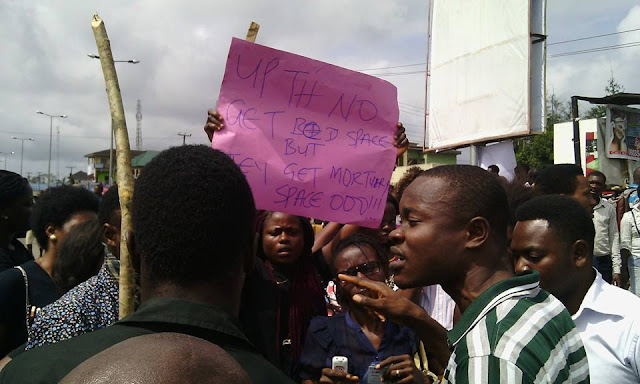 We support the demands of doctors/nurses in UPTH who had severally gone on strike over issues of poor funding and poor conditions of work and many of whose demands are yet to be fulfilled by the government.

WHAT MUST BE DONE
Though the protest only lasted for a day due to the spontaneous and unorganised nature of the protest without even a clear demand. While the students can not be blamed for this, it owes much to the irresponsibility of the current students union who failed to give leadership to students struggle. Despite this and interesting too, the rank and file of the students have demonstrated their willingness to struggle against perceived injustice meted out against them by the authorities. What this means is that, in the face of the compromised leadership of the student union government, students on their own must begin to independently take up issues that affects them and to first of all organise discussions arround these issues in other to come out with clear perspectives and clear demands on them before prosecuting any struggle. What it implies is that students must begin to put pressure on the union leadership to regularly convene congresses, which is the highest democratic decision making body of the students union, as occasion demands, where far reaching decisions concerning the interest and welfare of students can be reached. They must do this side by side with the struggle and demand for a vibrant and independent student unionism