On the 31st of March 2014, Nigerian students from about ten (10) institutions across the Southwest gathered for a protest at the Gani Fawehinmi freedom park at Ojota, Lagos state. The protest was organized by the National Association of Nigerian Students (NANS) Zone D (Southwest zone) to protest closure of Polytechnics and Colleges of Education due to workers’ strikes and to demand the reversal of the anti-poor fees introduced by Lagos state government in 2011 at the Lagos State University (LASU).


The Academic Staff Union of Polytechnics (ASUP) and the Colleges of Education Academic Staff Union (COEASU) are on strike to demand that Federal Government implement agreements signed with them and also for improvement in the living and working conditions of members. While the ASUP strike is about nine months old, the COEASU strike is going to four months now.


The demands of both unions are genuine and must be supported by parents, students and the trade union movement. These demands if met can begin to improve the terrible conditions in Polytechnics and Colleges of education across the country. 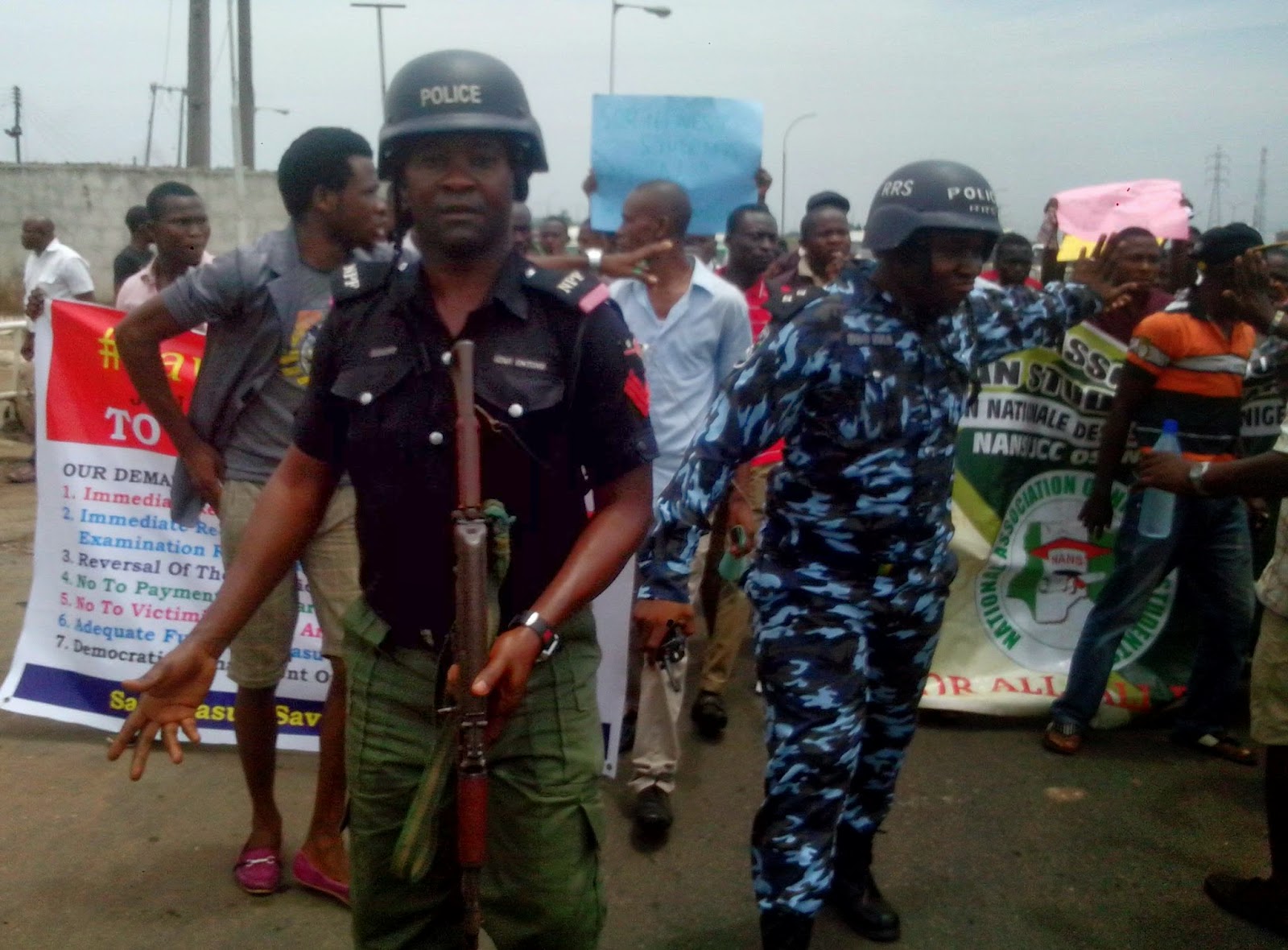 Starting from the commencement of the strikes, we in the Education Rights Campaign (ERC) have issued statements calling on the striking Staff Unions not to limit their strikes to sit-at-home actions but should also mobilize their members to the streets to sensitize the public about the issues involved in the struggle. Unfortunately the inability to take this course of action is partly responsible for the prolongation of the ASUP strike especially.
However while calling on the Staff Unions to embark on mass actions, we also constantly urged the National Association of Polytechnic Students (NAPS) and the National Association of Nigerian Students (NANS) to mobilize students for protests.

The protest commenced about 12 noon with an opening speech by the coordinator of NANS Zone D Sunday Asefon. He pointed out that the association has to rise up to fight against attacks on public education which is what the Lagos State Governor Raji Fashola has done by increasing school fees at the Lagos State University (LASU) beyond what the poor can afford.
Another speaker at the protest was the National Coordinator of the Education Rights Campaign (ERC) Hassan Taiwo Soweto. He said the protest was necessary because the state government has been adamant despite repeated calls for the reversal of the fees. He placed the blame for the prolonged strike of ASUP and COEASU on the Federal Government. He commended the NANS Zone D for taking the initiative to organize a protest and urged them to follow it up with more days of actions until all the demands are met. 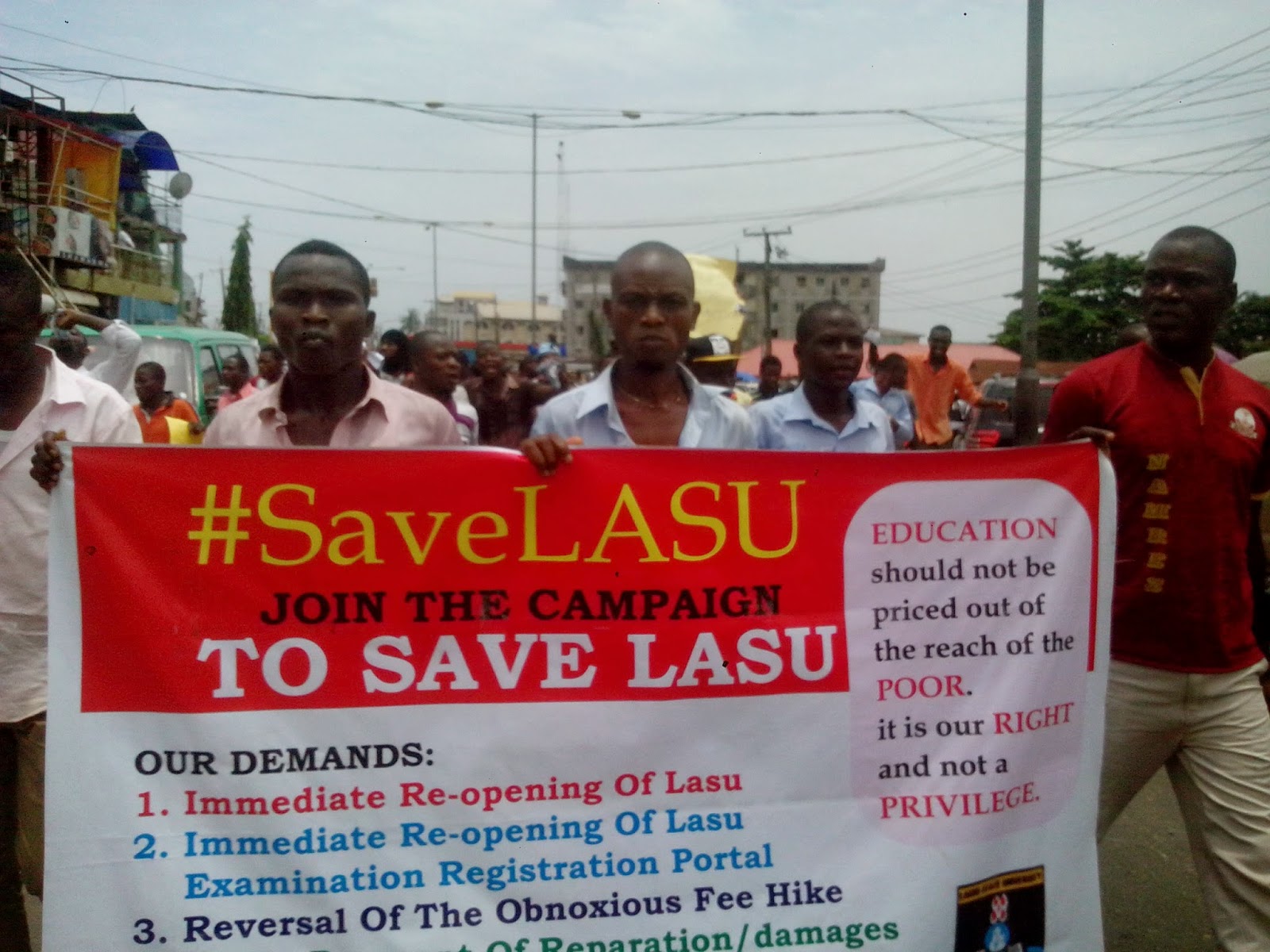 Over 300 students participated in the protest march which took off from Gani Fawehinmi Freedom Park in Ojota. This caused traffic jam along major road of Lagos down to Ikeja and finally the Governor’s office at Alausa where students converged to demand to see the governor. 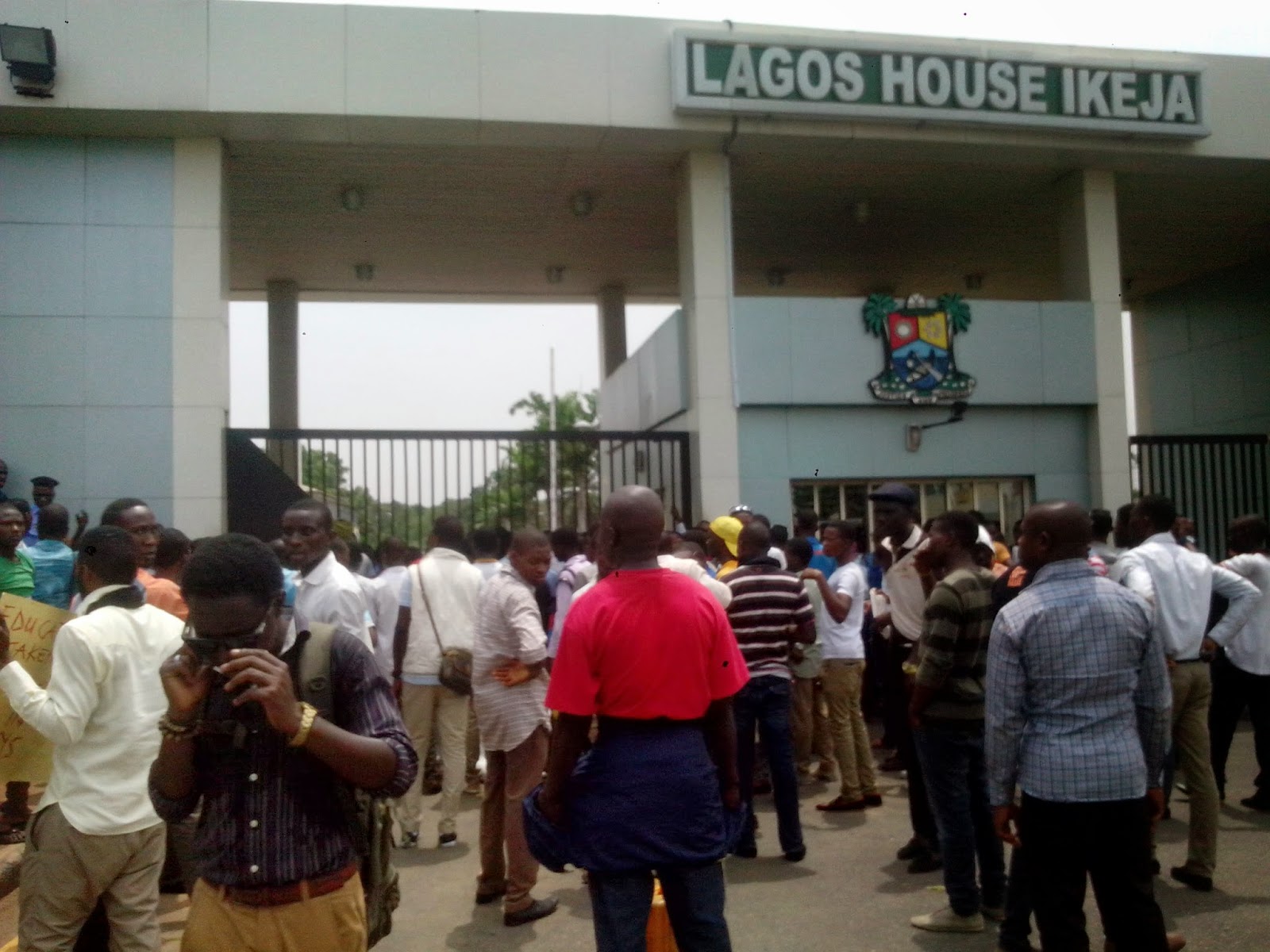 Members of the ERC participated in the protest with two banners. One was an ERC banner calling for mass actions to defend public education and another was the banner of the #SAVE LASU Campaign Movement – a coalition which the ERC launched together with the Lagos State University Students Union (LASUSU) and other groups to popularize the struggle for the reversal of the fees.
Posted by Education Rights Campaign (ERC) at 14:18