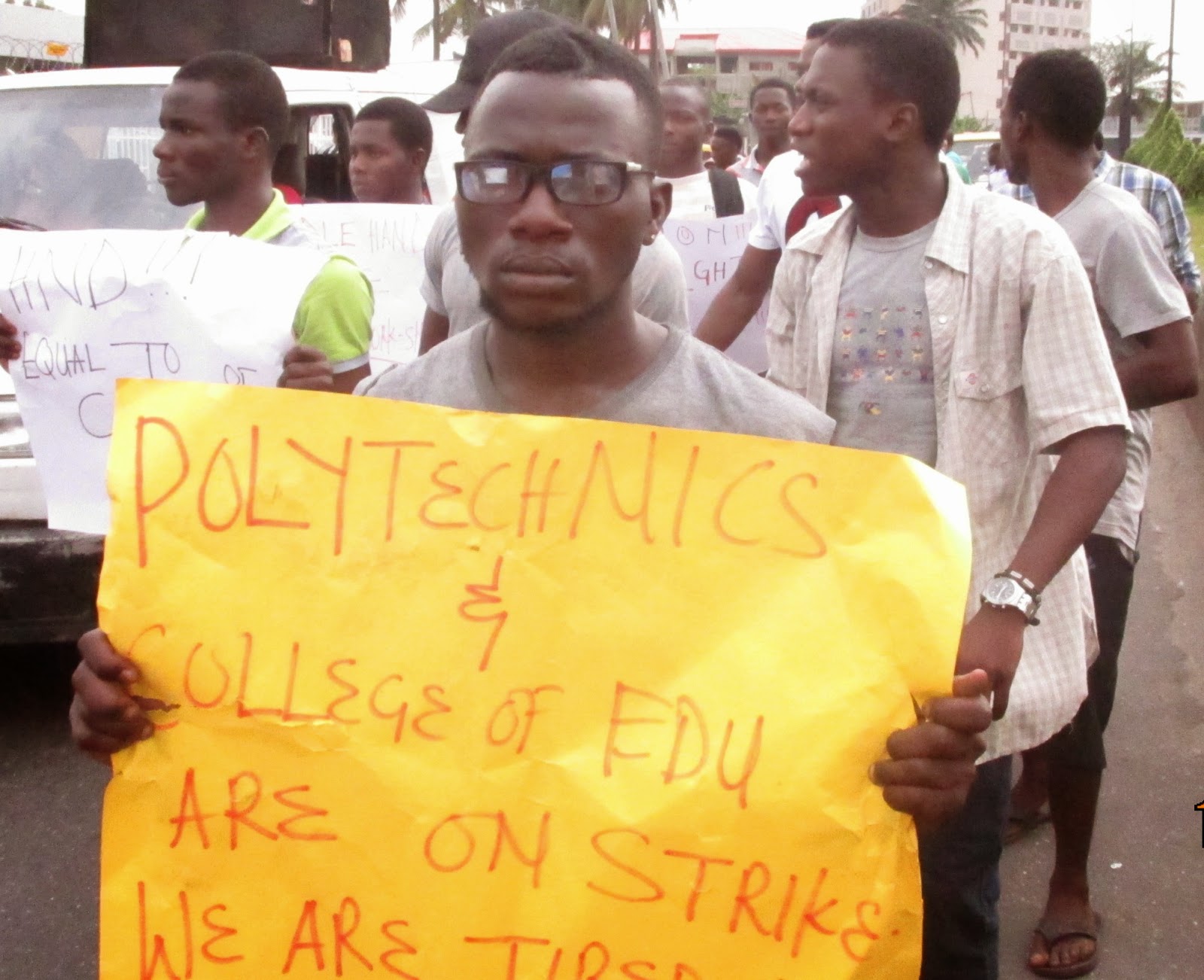 The Education Rights Campaign (ERC) and the Concerned Students Against Education Commercialization (COSATEC) on Monday 17th March held a peaceful demonstration in Lagos to condemn the Federal Government's refusal to implement the agreement it reached with the Academic Staff Union of Polytechnics (ASUP) which have kept students at home for several months.

Cumulatively, the ASUP strike is now in its 9th month. Sometimes in July last year, the first leg of the strike was suspended by the Union to give government a benefit of doubt. With no sign that government was ready to implement its promises and agreement, the lecturers resumed the strike which has lasted up till now. 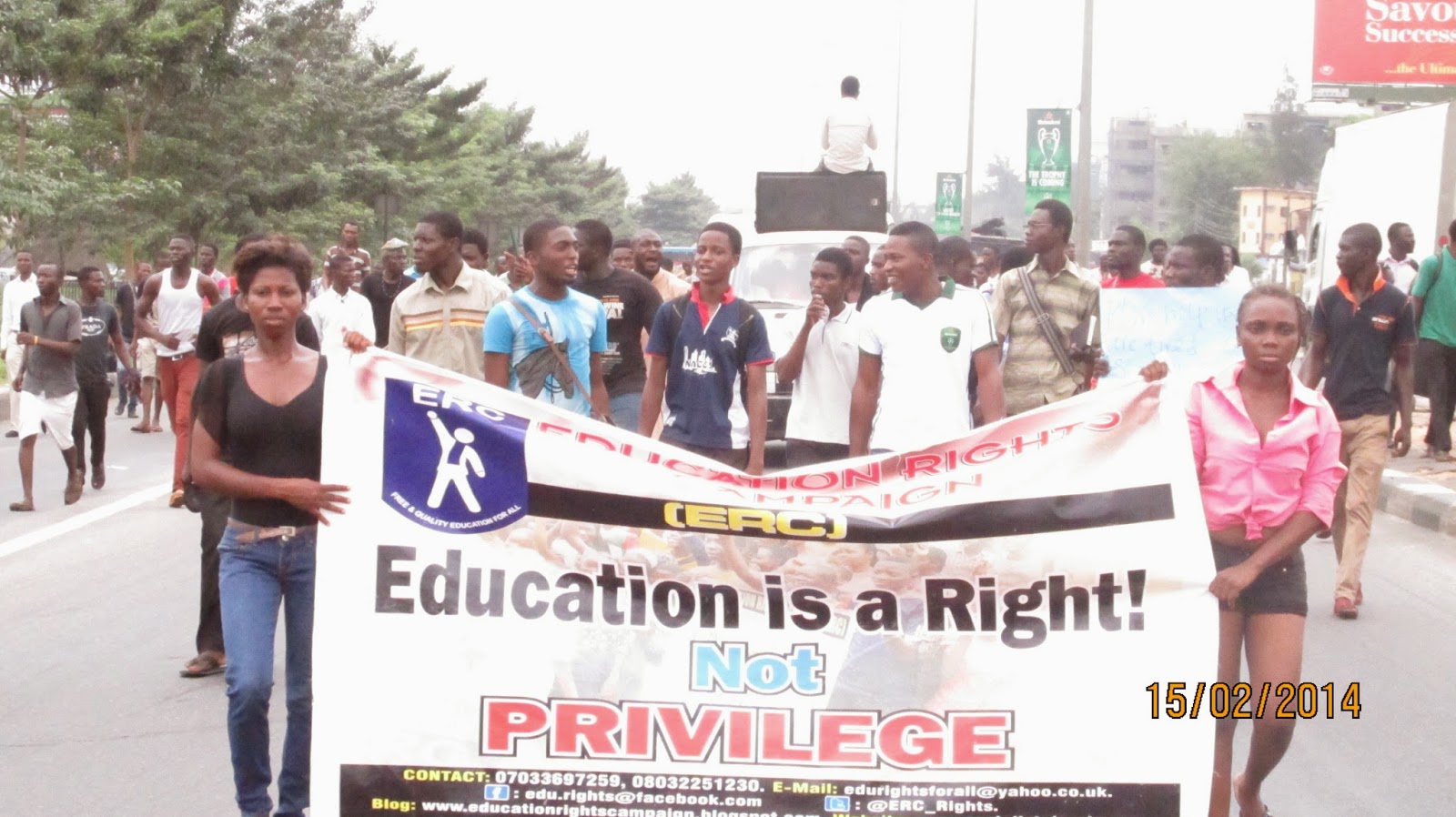 The protest which commenced at about 9am starting from the University of Lagos (UNILAG) junction had students from the Yaba College of Technology (YABATECH) and members of the Education Rights Campaign (ERC) from both UNILAG and YABATECH as well as members of COSATEC participating. With the chanting of solidarity songs from that spot to WAEC/YABATECH junction, more students from around the campus were motivated to join. At this time the rally had built-up traffic along Herbert Marcaulay road. 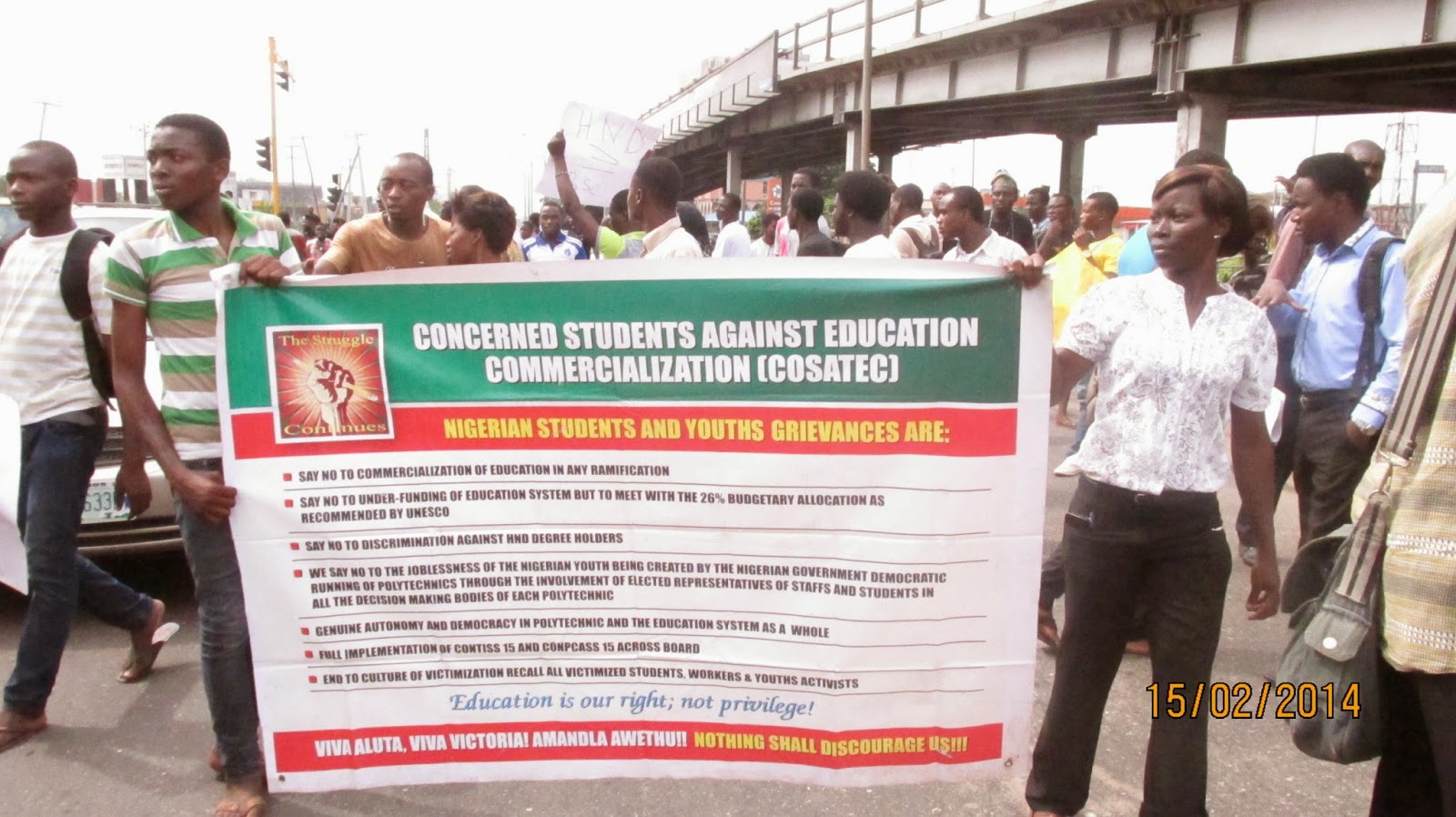 Various speakers at the demonstration condemned government refusal to implement agreement it reached with ASUP, which caused the lecturers to resume their suspended strike. Students also used the occasion to condemn the planned national conference that was to commence that same day. Nothing meaningful will result from it as we have witnessed in the past same ruling elite organizing similar conferences. Several billions of naira has been budgeted for the Confab that will last for only 3-months. Students expressed anger that such huge resources could not be put into improving the education sector. 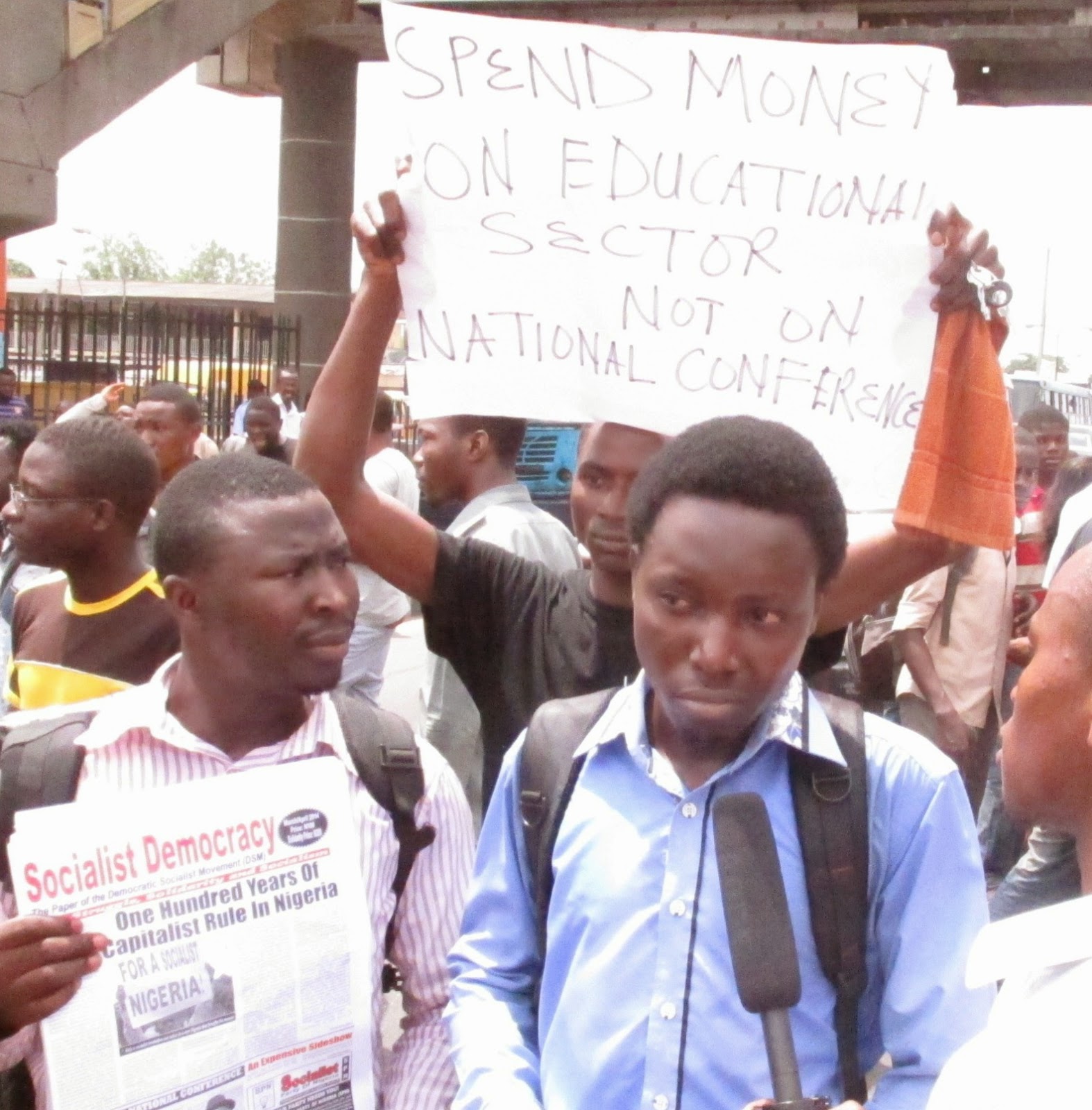 While the protest march moved from WAEC Bus Stop to Jibowu, the gathering was addressed by the leadership of COSATECH, Yabatech Union leaders and the ERC. One of the student leaders, Faniyi James of Yabatech urged the students to be calm and stress the reason for the protest which was to condemn government insensitivity towards the on-going ASUP strike. He mentioned that students in the polytechnics have remained at home for over 8 months due to government refusal to implement agreement it signed with the striking lecturers.


ERC National coordinator Hassan Taiwo Soweto in his speech first appealed to the students and the armed policemen present to observe a one minute silence to the departed 20 unemployed Nigerian youths who lost their lives over the weekend while in search for better job at the Nigeria Immigration Service (NIS) screening. He further urged students to remain committed to the struggle for a better education in the country as the ruling elite is not interested in funding education.

The demonstration was attended by over a hundred students moving along the popular Ikorodu road. The express road was shut down for hours. At different junctions (Onipanu and Anthony) several minutes were also spent to address the media.

The planning of the protest took several days and involved students from YABATECH, College of Education Akoka and ERC members at the University and Polytechnic. Unfortunately, the students from the College of Education Akoka later backed out of the planned protest which was meant to be a joint campaign.
The ERC shall continue to campaign for improved funding of the education sector and provision of free and functional education at all levels which we believe is possible if the abundant resources Nigeria is endowed with is judiciously used and democratically managed by the working people of this country. Central to this is the need for unity of Polytechnic and Colleges of Education students as well as striking lecturers from both sides to struggle together to defeat government anti-poor education policies.

We call on all students to unite against all anti-students policies. We urge that the next step should be a unified day of action to demand a halt to neo-liberal policies of education commercialization in the country.
Posted by Education Rights Campaign (ERC) at 19:58