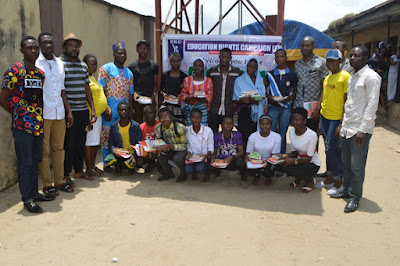 After six weeks of intensive teaching by a committed team of volunteer teachers, the eleventh edition of the Education Rights Campaign (ERC) free holiday coaching organized for indigent secondary school students in the Ajegunle community of Lagos state came to a colorful end with a closing ceremony on Friday 2 September, 2016. This year’s coaching commenced on the 25th July, 2016.
The ceremony witnessed the attendance of 350 students from both public and private secondary schools who participated in the coaching as well as the volunteers’ teachers who once again rendered their community service to the success of this year’s coaching. In addition, representatives of Youth Empowerment Development Initiative (YEDI), Special Olympics Fitness (SOfit) and Actionaid Activista were on ground to grace the event. 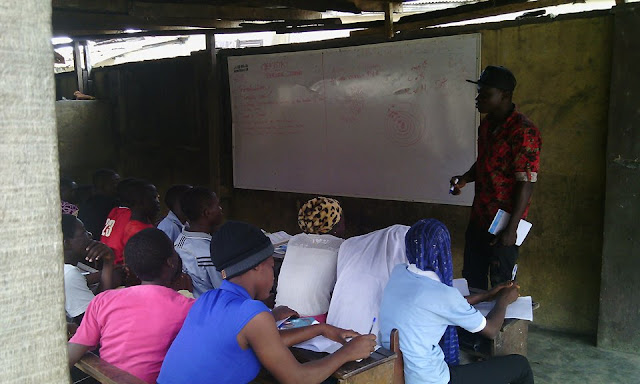 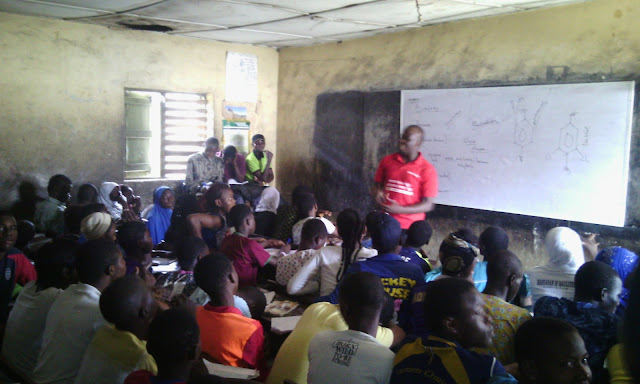 Underfunding to Blame for Mass Failure
The discussion started with an introductory speech from Bestman Michael (the Branch Coordinator of ERC). In his speech, he made it clear that the ERC free coaching that was initiated in 2005 has recorded a huge success in these past years in the Ajegunle community. The coaching, he continued; has over the past 10 years been able to record more than 4000 students in attendance attending from different streets and working class homes in the community. 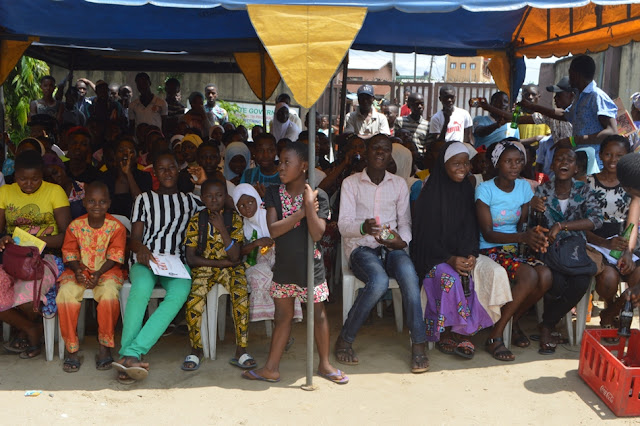 Some of the students who have participated in the free coaching have gained admission into Universities and other tertiary institutions. This for the ERC is a plus to the success of the lesson organized all these years. Furthermore, Comrade Bestman Michael stated that the mass failure experienced in public senior secondary schools has been alarming and this is a result of the failure of government to fund public education appropriately. Many times, public school students find it difficult to cope with the crisis they have to go through especially the poor learning environment. He cited one of the public schools situated at Tolu Complex in Ajegunle as an example. This school is highly populated with students overcrowding the classrooms while there are no enough teachers to cover the various subjects. 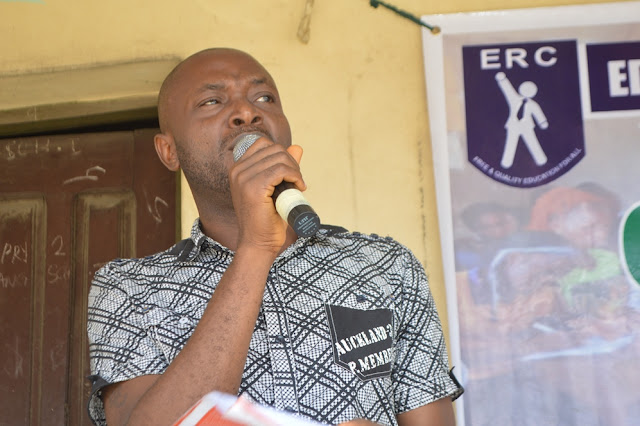 Immediately after the introductory speech, other speakers mounted the rostrum. Emmanuel Adikwu (member of Democratic Socialist Movement, DSM) equally made the point sharply clear that the government has failed to improve the condition of public education with pro-masses policies like increase in the budgetary allocation and provision of teaching facilities. Instead, what we have seen so far is that government has continued to attack public education with neo-liberal policies of privatization and commercialization while refusing to fund education adequately. This has created huge pressure on students from working class homes all of which can affect their ability to excel. 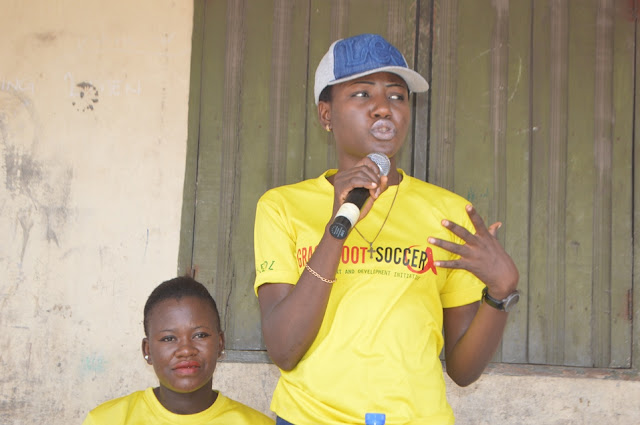 According to Emmanuel Adikwu, policies like privatization, commercialization and underfunding are the worst enemies of public education. However through the free holiday coaching, the ERC is trying to make the point that free, public funded and democratically-managed education is possible in Nigeria if society’s wealth is democratically and judiciously managed. 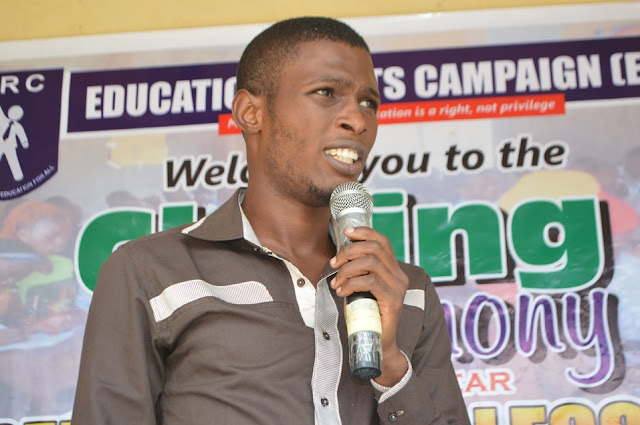 Other speakers like Wole Olubanji Engels (national mobilization officer, ERC); NUT AJIF Chairman (Dagga Tolar) also further exposed the deplorable state of public education in Nigeria and the government negligence towards it. Wole said that in all these years the various governments who came to power have not added to the budgetary allocation to public education. What they have successfully done is to continue to cut down the life span of public education in Nigeria while shifting the blame of poor academic performance on the alleged inadequacies of students. Against this background, the Education Rights Campaign (ERC) on the various campuses and communities have to continue the campaign for proper funding of education by demanding that the government should fund public education with at least 26% budgetary allocation. This can be a starting point to eradicating the growing rate of illiteracy in the country. This is what ERC has always stood for all these years since the inception of this organization and the commencement of the coaching in Ajegunle community. 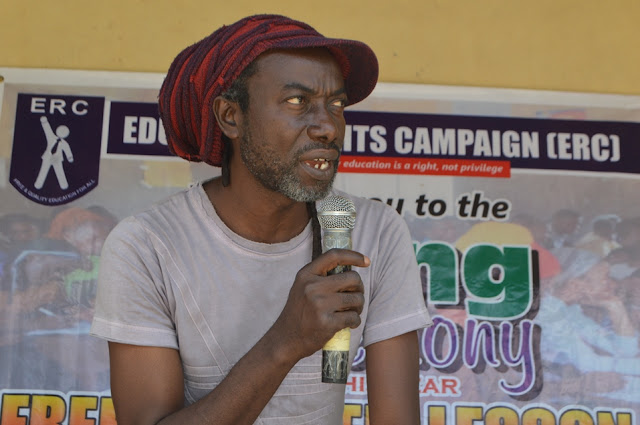 On his part, the NUT Chairman, Comrade Dagga Tolar also gave insight to the condition of the various public schools situated in Ajeromi Ifelodun LGA. A lot of the primary schools do not have adequate number of teachers to teach the pupils. In fact, he continued, some of the primary schools only have five teaching staff which includes either the Head Mistress or Head Master to cover up the scheme of work for the whole term. This is a huge problem confronted by teachers unable to cover the whole topics in the scheme. That is why students experience decline in performance which results in failure in their exams. Dagga also made the students who have participated in this year’s edition of the coaching to understand that why in their various senior secondary schools there were inadequate number of teachers is because the government has shut the door close for employment in the education sector. 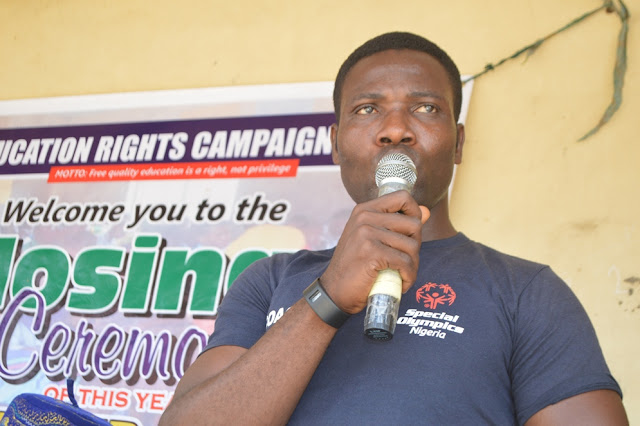 Representatives from Special Olympic Fitness (SOfit) Mr. Sylvester Oboh and Mr. Rasheed from Actionaid Activista also made comment sabout the need for students to be diligent in their studies so that they can succeed and be in a position to make a difference in the society.

CERTIFICATE AND GIFT PRESENTATION
There were gift presentation like exercise books, biros, literary books, and other educational materials to the students in order to help them as they prepare for resumption into first term of the new academic session. 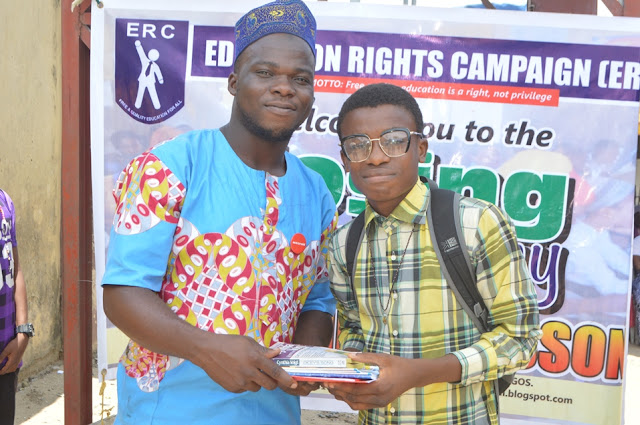 About 14 students who did well in the test conducted at the end of the coaching were presented with these gifts. Also, all the volunteer teachers who participated in the coaching were duly awarded the ERC certificate as a token of appreciation for their efforts in making this year edition a success.

Also, certificates were presented to thirty (30) females by Youth Empowerment Development Initiative (YEDI). The girls participated in a program called SKILLZ GIRL for five (5) days from 22 August to 26 August, 2016 during the free coaching exercise. The purpose of the program was to educate them on Female Guide on Sex where a study was given to them freely. 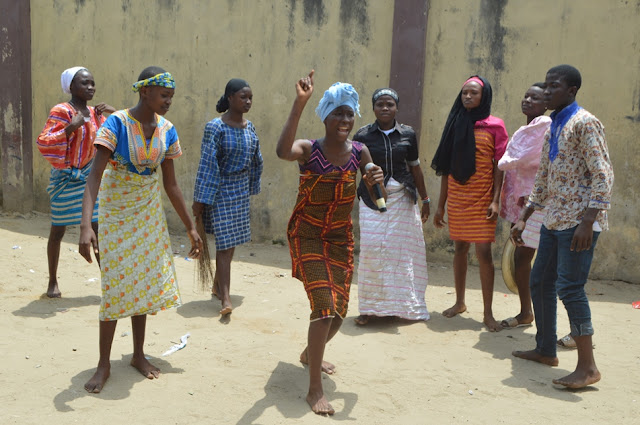 The ceremony was rounded off by the AJ HOUSE OF POETRY who entertained the audience with interesting theatrical performances. Other activities like music, drama, poem recitation also took place to the delight of the audience.
Posted by Education Rights Campaign (ERC) at 15:40