A CALL FOR JUSTICE FOR FOLASHADE: BRUTALISED BY OP-MESA, DISMISSED BY SCHOOL AUTHORITIES

A Cry for Justice 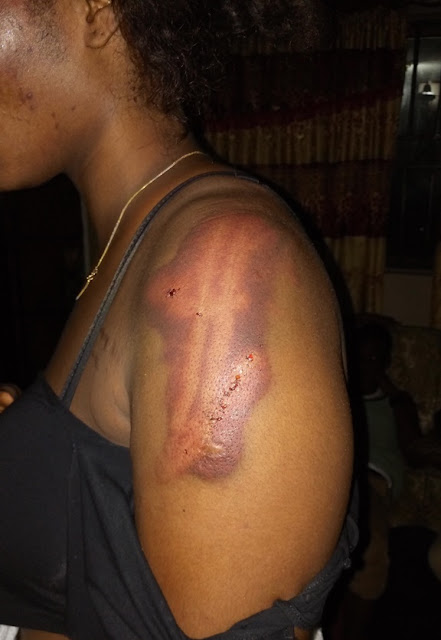 The Education Rights Campaign (ERC) demands justice for Miss Oladokun Folashade Leshi – an ND 11 female student of the Department of mass communication of Abraham Adesanya Polytechnic (AAP) Ijebu Igbo Ogun State  – who was brutalized by men of Operation MESA (OP-MESA) and for seeking redress, has now been dismissed from her studies by the Polytechnic authorities. We consider Folashade’s case a unique example of, on the one hand, the extreme brutality and complete disregard for human life that runs through the sinews of the state security forces including the police and the army as well as their contempt and base disregard for the female sex and gender rights.

We hereby demand Folashade’s immediate recall with adequate compensation for her travails, the identification, arrest and trial of the operatives of OP-MESA that brutalized her as well as the DPO of Topan Police station where she was detained even while bleeding from injuries sustained at the hands of OP-MESA operatives. We also demand the sack and trial of Prof. Jumoke Bilesanmi Awoderu and Miss Afolashade Jokotagba, respectively the Rector and DSA of the Abraham Adesanya Polytechnic for their ignoble roles in the entire saga.

On 18 April 2016, Folashade had gone to pay the mandatory N5000 the school had imposed as damages after a students’ protest allegedly led to destruction of the schools properties. But she, together with other students of AAP, was prevented from entering the school  by OP-MESA operatives stationed at the main entrance by the management.  She had paid her school fees since December 2015. However, payment of the said extortionate sum of N5000 had now been made the sole criterion for writing the semester’s examination regardless of whether or not she was part of the protest that led to the alleged destructions. The examination was to start on 18 April so Folashade and other students who had labored to raise the sum of N5000 went to the school entrance hoping the authorities would be kind enough to collect the money from them and allow them seat for the examinations. But to their amazement, they met a throng of armed operatives of OPMESA at the gate. Unrelenting, they decided to stay further at the gate, some standing, some seating, in the scorching sun, hoping that help would come. 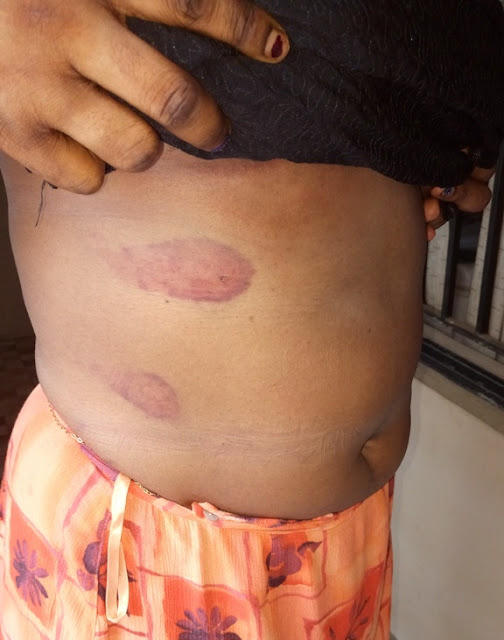 Some hours later, the Rector drove in, had a few words with the security operatives and all hell broke loose. Folashade did not see them coming. For hours she had sat on a pavement by the school gate, lost in thought and dehydrated by the scorching sun. All she heard was a thundering voice: “you, what are you doing here? Go home”. She turned and in a pleading voice tried to explain why she could not go home and the implications of missing the exams. The next thing, one of the soldiers asked: “Are you stupid?” Folashade retorted that she was not stupid and as a woman, she expected a more civil treatment from the soldiers. Well those few harmless words were her undoing. Livid with anger that a student, and a woman, could bandy words with them, the soldiers descended on Folashade punching and beating her. They threatened to shoot her. They whipped her with an electric wire that tore through her cloth and the skin beneath. They ripped her cloth exposing her body in the process. All these happened in front of the gate of the Abaraham Adesanya Polytechnic after the Rector exchanged some words with the security operatives. Not done yet, she was bundled into a Hilux bus and driven to the Rector’s office to write a statement. By this time, she was bleeding from the gaping wounds on her body. After writing the statement, the DSA put her in a car and drove her, not to the nearest hospital, but to Topan police station where she was locked up in a cell. She was detained in a dirty cell, without medical treatment of any kind, from 12noon till 10:15pm when she was released on bail after a traditional ruler, Oba Beje Rokun of Oke-Agbo, intervened.

As soon as Folashade got her freedom, she started seeking redress. The issue was published on social media by some sympathetic friends and online blogs and her lawyer also wrote the polytechnic on her behalf seeking justice. But this was not the end of her travail. 3 months after, on 19 July 2016, Folashade was dismissed by the Polytechnic for “insubordination/disobedience to constituted authority”, “false accusation, defamation of character, writing of false petition and peddling of false information about the Polytechnic management”, “misconduct”, “assault” and “failure to follow protocol in channeling/ seeking redress”. These are not only laughable allegations. They also show how desperate the polytechnic management is to punish Folashade who is a victim of assault, battery, harassment and unlawful detention.

No doubt, injustice reigns supreme in the banana republic called Nigeria and the motley crew of law enforcement and state security forces have been responsible for far more brutalization of Nigerians amidst other blood-cuddling violations. In fact, Folashade’s case is coming at a period when a number of students of higher institutions have been maimed and killed in different circumstances on some campuses this year by the police and other security forces. But for being a woman, Folashade’s brutalization highlight the total disregard for women and gender rights by security forces especially the police and the army who have been known to even rape female detainees in the cells. 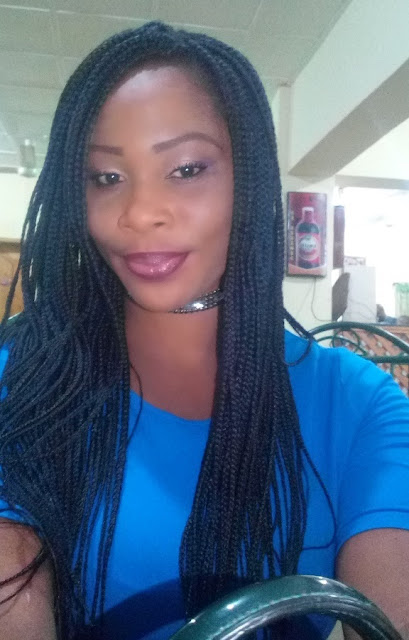 The ERC is bent on seeking justice on this case in order to deter future violations. We therefore urge students unions, staff unions, other trade unions, civil society organizations, non-governmental organizations, women and gender-based organizations, the National Human Rights Commission (NHRC) to add their voices to this issue until justice is seen to have been done in this matter not only to bring respite to Folashade but as a deterrent against such treatment of ordinary citizens by trigger happy security forces.

We call on the Ogun state government to intervene in this matter. We demand the demilitarization of campuses through the withdrawal of security forces, both uniformed and plainclothes, from campuses and a halt to the use of guns, tear gas and other weapons capable of causing bodily harm and death by police and other security forces to intervene in students’ gatherings and protests. Students are not criminals. Unfortunately, the conduct, method and reaction of the police towards students and other categories of young people promote a stigma of criminality as a definition of this segment of the nation’s population. We reject this and demand a total reform of the police and the army through the democratization of these forces so that rank and file officers can have the democratic right to form a union and therefore the right to disobey commands and orders to commit human right violations.