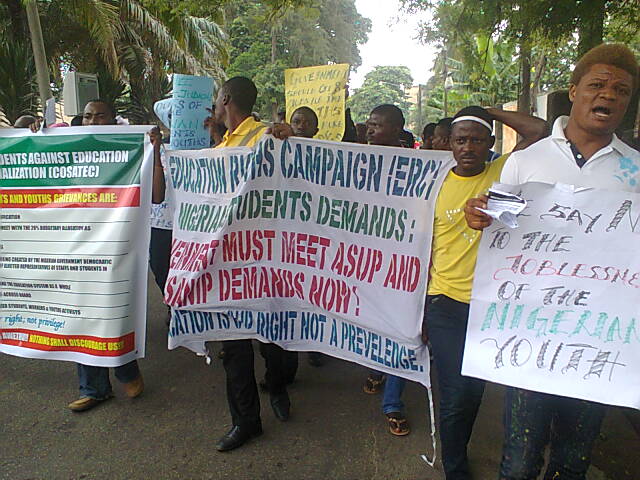 Since the beginning of the strike the members of the Education Rights Campaign (ERC) have been involved in various campaigns and activities to force the government to honour the agreement it has reached with the striking workers since in 2009 so that the polytechnics will be reopened. The ERC members were part of the previous protest marches organized by the National Association of Polytechnics Students (NAPS) and SSANIP in Abuja and Lagos respectively while on its own organized mass activities in Bida and Minna Niger states over the issues. 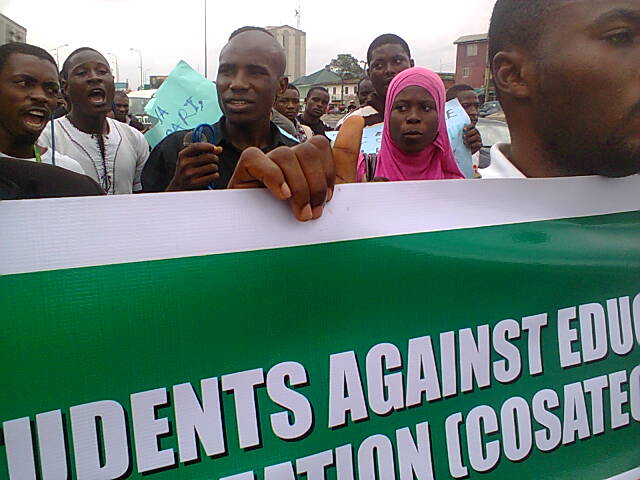 The June 24 action which was organized by a platform called Concerned Students against Education Commercialization took off at the main entrance of Yabatech. About 150 protesting students chanting solidarity and anti-government songs marched to the ever-busy Ikorodu Road to sensitize the public over the plight of polytechnics students. They also moved to some media houses in Lagos. 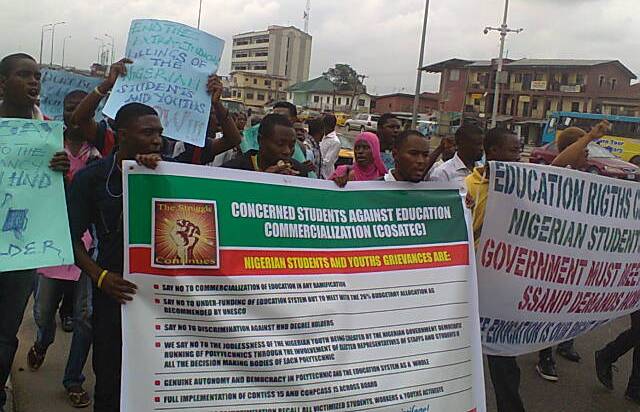 The ERC members from University of Lagos, Yabatech and Federal Polytechnic Bida joined the protest with banner and leaflet highlighting demands of the striking workers, arguing that government has the capacity to meet the demands but for its anti-poor education policies and calling for mass support for the striking workers.

Among other student activists, the protest march was addressed by Comrade Dimeji Macaulay, ERC Coordinator Niger State and Comrade Lateef Adams, ERC Coordinator Lagos State. In their speeches they stressed the fact the anti-poor capitalist agenda of education underfunding of the government, at all levels and irrespective of political parties, is the root cause of the strike and other crises in education sector. The imposition of outrageous fees on LASU by the ACN government is cited as an example of how all pro-establishment political parties are in agreement on attack on public education. They argued that the demands of the striking workers and protesting students must include agitation for adequate funding of education and democratic running of the sector with involvement of elected representatives of education workers and students.

They also reiterated the call of ERC on the striking workers not to limit the strike to a stay-at-home action. They must organise mass activities like rallies, circulation of leaflets, symposia, etc to sustain the mass support for the strike and their demands. Indeed, without such activities the fact students have spent over 50 days at home may, out of frustration, pit some parents and students against the striking workers.  While commending SSANIP which has held a protest march, they urged them not to make it one-off event. ASUP must not only emulate SSANIP but both also hold joint mass activities with the union and students.