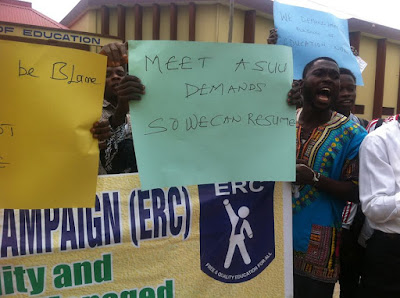 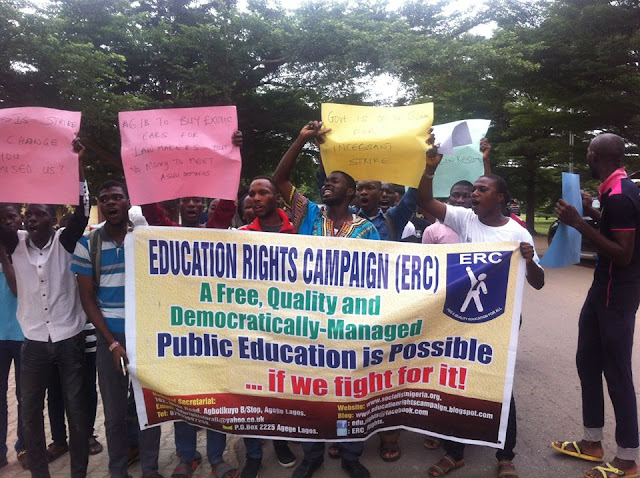 The meeting afforded the opportunity to respond to government propaganda which often try to portray students as a neutral party in a conflict between ASUU and the government over the latter's persistent underfunding of the public University system. In fact so bad is the condition of learning in the public tertiary institutions that were it not for the ideological collapse of the NANS, actually students are supposed to be to the fore of the struggle to salvage the education sector. 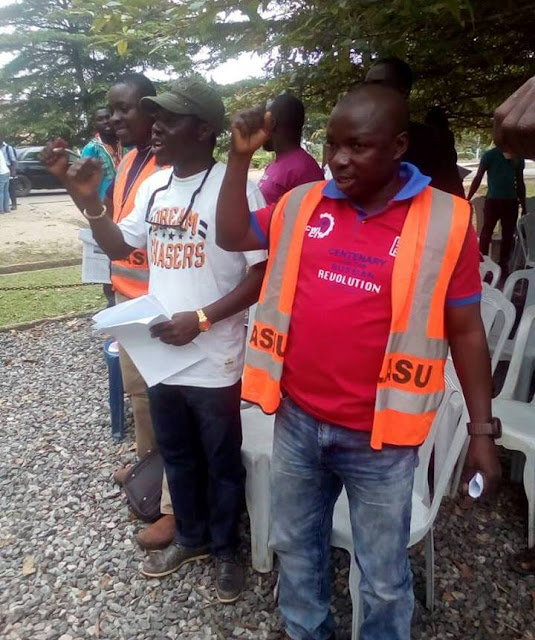 As each of the speakers laboured to explain, the reason why strikes are incessant in the education sector is because of government refusal to fund the sector and fulfill agreements reached with unions. For instance the bone of contention in the present strike is an agreement signed since 2009 which successive capitalist government has failed to implement in full for 8 good years now!

In Dec 2013 an MOU was signed with ASUU which compelled govt to spend, in annual tranches of N220 billion each, a sum of N1.3 trillion over the course of 6 years to revitalise decaying infrastructures in public universities. Up till now, only N200 billion, being the 2013 tranche of the entire sum, has been released. The Buhari/Osinbajo govt despite lavish electoral promises to revamp public education has not paid a dime for 2015, 2016 and 2017. Instead budgetary allocation to education under the Buhari/Osinbanjo govt has fallen to 6%. 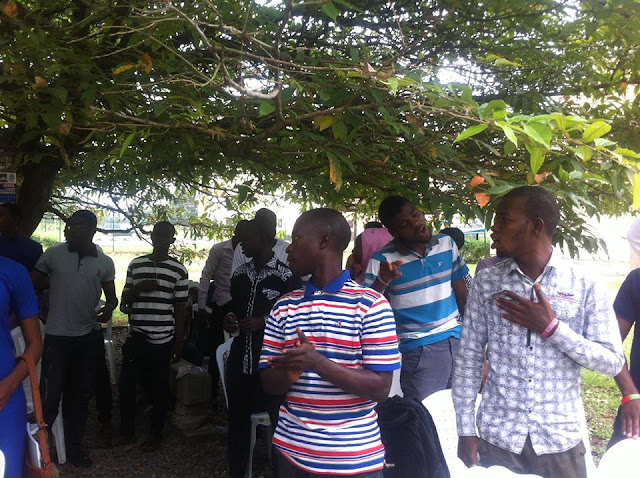 A constant refrain at the meeting was that the usual excuse that the Buhari govt has no money because of economic crisis is no more tenable. Where did they find N6.1 billion to buy exotic cars for lawmakers? Where did they get the yet undisclosed millions of dollars they have been spending to treat ailing President Buhari in foreign hospital while our own hospitals are comatose? Why is it that it is only when it comes to paying workers salaries, creating jobs or funding public education and services that the govt suddenly remembers that there is a recession and it has no money?

As Comrade Soweto and ASUU LASU Assistant Secretary tried to explain, the primary reason for successive government irresponsibility towards not only funding of public education but the general welfare of the working class, poor and downtrodden is because of their embrace of the profit-first capitalist system which has no interest in investing in public education or in improving the living conditions of the working people. That is why despite recession, the wealth of the richest 5 capitalists in Nigeria has continued to increase with Oxfam recently reporting that these 5 people have between them enough wealth to banish poverty in Nigeria. 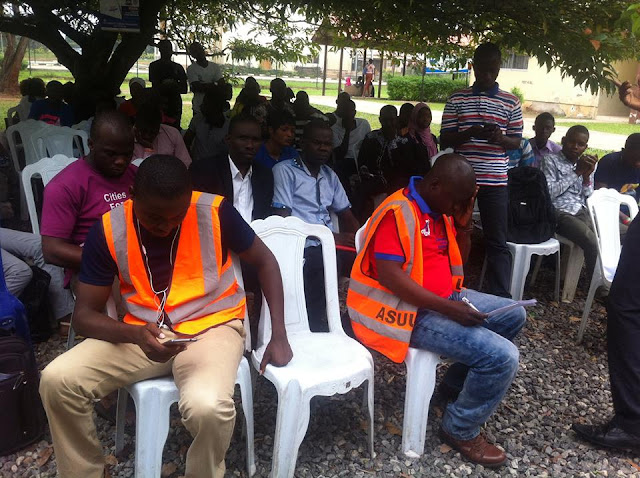 Therefore the struggle to salvage public education must be linked with the struggle to do away with this unjust capitalist system. To do this, we urgently need a mass workers political alternative that can unite the working masses to take political power from the thieving ruling elite and establish a workers and poor peoples govt armed with socialist policies under which Nigeria's vast resources can be brought under public control and democratically managed and deployed to meeting peoples needs, instead of increasing the profit of a few. It is to this end that members of the Democratic Socialist Movement (DSM) formed the Socialist Party of Nigeria (SPN) which has been fighting for registration by INEC for years now. 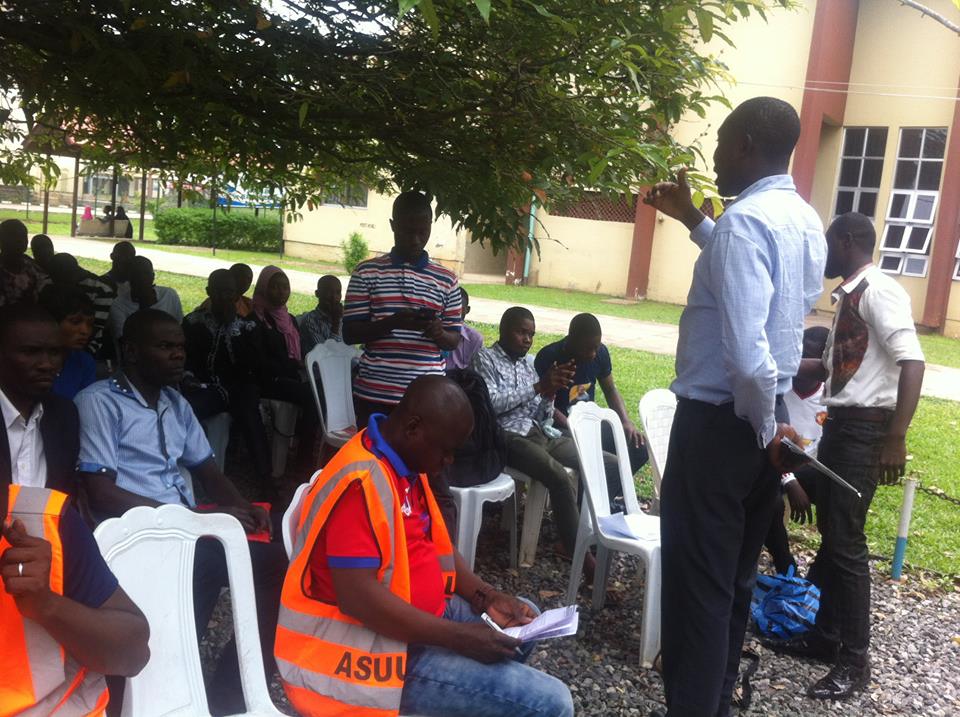 At the end of the public meeting, students began to demand actions that can lead to piling pressure on govt to meet ASUU demands so that the campuses can re-open for academic activities. Suggestions were made on the need to organise mass actions in Lagos, Ibadan, Abuja and across the country involving students (not just from LASU, but also other campuses), education workers and concerned members of the public to begin to call on govt to meet the striking lecturers' demands and fund education adequately. All these suggestions were taken with the agreement that the leadership would work on the modalities to implement them after which another, expectedly bigger, meeting involving students unions, groups and organizations would be called. From the venue of the meeting, students and members of the ERC marched round the campus to sensitize other students and members of the University community. At the end of the action, about 19 students chose to join the ERC in order to get more active in the struggle to save public education.