Building Fight back against Imminent Austerity Attacks on Public Education


ERC Holds Public Meeting
Michael Ogundele (ERC National Secretary)
The Education Rights Campaign (ERC) held a public meeting on the 31st of January 2015. In attendance were about 23 students. The Socialist Youth League (SYL) and the National Association of Polytechnic Students (NAPS) sent a representative each. The #SaveLASU Campaign Movement - a broad campaign formed last year to prosecute the successful struggle against hiked fees at the Lagos State University (LASU) - was also represented. Also in attendance were students of the Ekiti State University (EKSU), Michael Otedola College of Primary Education (MOCPED) Epe who are currently in a struggle to fight for release of their results and certificates.
The meeting which started with introductory remarks from Lateef Adams, Deputy National Coordinator of the ERC.  Lateef Adams highlighted the necessity that warranted the ERC calling for the public meeting. This is to prepare the student movement to be able to confront the forthcoming austerity measures that will certainly be unleashed on students across Nigerian tertiary institutions.
Following this, the ERC National Coordinator, Hassan Taiwo Soweto, in his 40 minutes political lead-off explained the characters of the capitalist ruling class especially in this current situation of Nigeria's failing economy as a result of the decline in the global price of crude oil.
He emphasized that whosoever between Muhammed Buhari and President Jonathan wins the presidential election will definitely implement austerity measures as the current collapsing economy of the country due to decline in the crude oil price has drastically reduced government venue. This is because neither of the two would be prepared to go beyond the bounds of capitalism in the quest to find solution to the crisis.
As things stand today, nearly 80% of the budget solely depends on revenue generated from crude oil production. The current crisis bedeviling the world oil price at the international market will therefore push whichever section of the Nigeria capitalist ruling elites that comes to power to take to cutting down on expenditures ostensibly to save the economy. Already the capital expenditure in the 2015 budget has been reduced from N1.3 trillion to about N627 billion. This means that despite huge backwardness in public infrastructure, investment to improve facilities in schools, hospitals, roads, housing, electricity and water provision will be substantially reduced this year. In fact, Soweto in his lead-off laid a resounding effect of the forthcoming attack on the conditions of Nigerian students and public education in general. 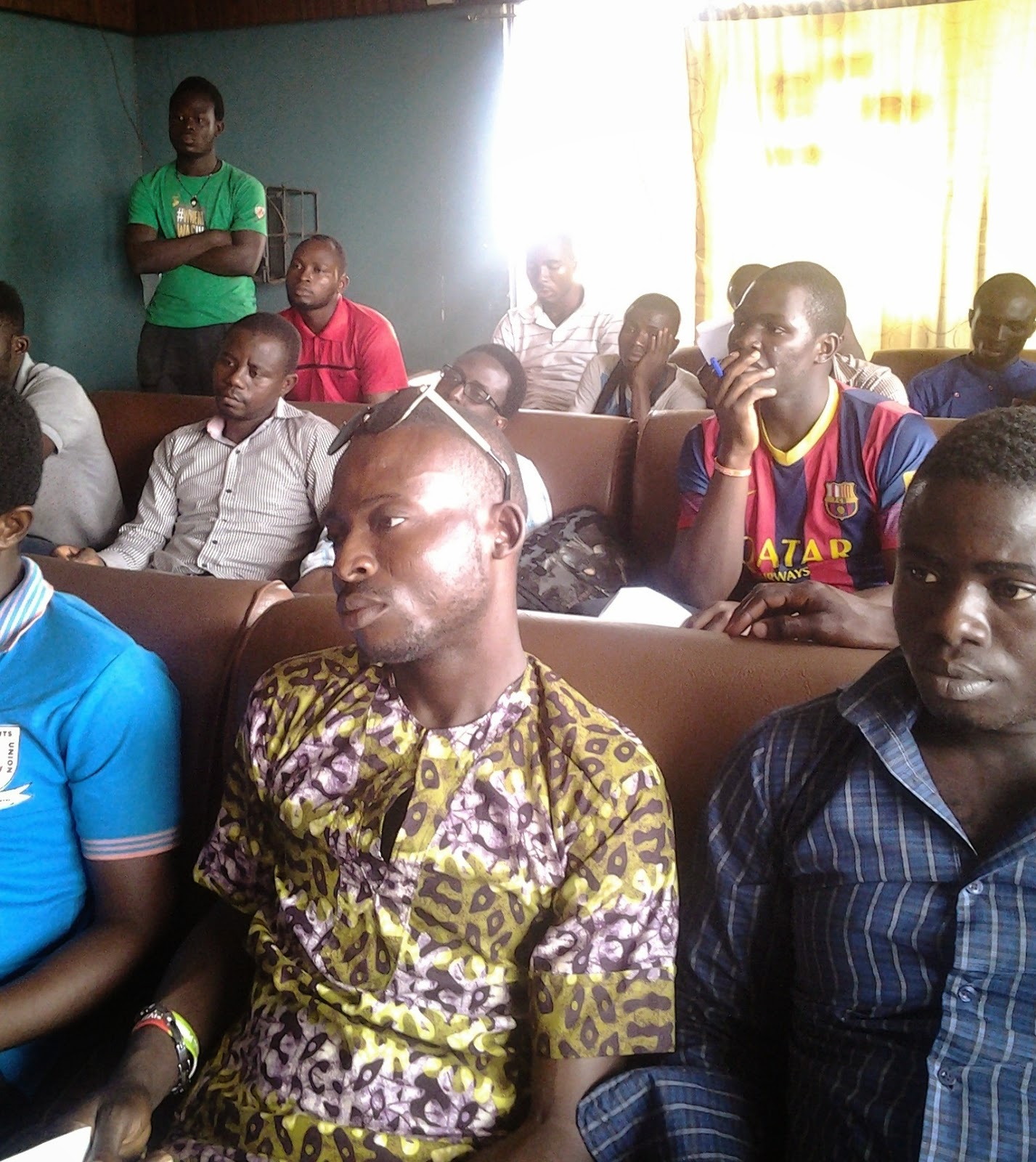 Soweto also emphasized the fact that alongside the economic crises will come a flurry of harsh austerity measures to save the free market system from collapse. Public education, healthcare, social services and our already miserable living standards will be subjected to the most brutal cut irrespective of who wins the February 14, 2015 presidential election. On the whole, he submitted that as class-conscious individuals that represent mass majority of students and left groups, we should not be carried away by the deep political confusion currently ravaging the country and as such there is an urgent need for a strong preparation for a movement against austerity and other imminent attacks on Nigerian students. 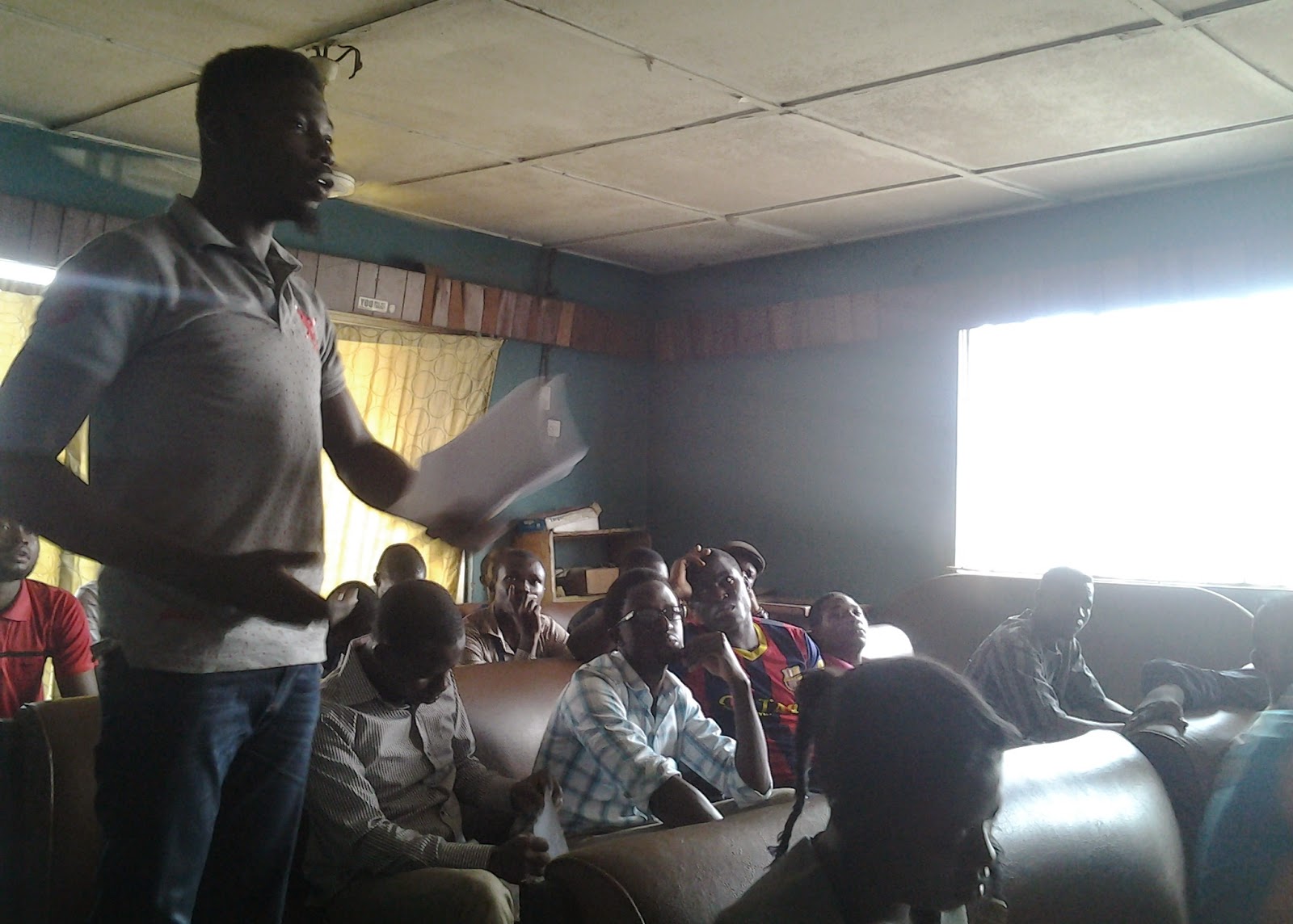 After the lead-off, comments and contributions from activists in attendance emphasized the need to earnestly build a united mass campaign against austerity among ordinary rank and file of students as well as mass of the working people. And at the same time, there was a collective agreement for the formation of a broad platform that also seeks to involve different structures of National Association of Nigerian Students (NANS) and other youth organisations in the fight against austerity. Such a platform, which is expected to also seek the solidarity of the labour movement, will also stand against all cuts in education budget, demand reversal of hiked fees, call for adequate funding to education and demand the provision of free and quality education at all levels. The meeting subsequently ended with an understanding to reach to NANS and other youth and student organizations and re-convene again soon.
The public statement of the ERC on the imminent austerity and public education titled, “Austerity: An Open Call for the Building of a Movement to Resist Imminent Attacks on Public Education” was circulated at the meeting. One of the participants volunteered to produce more copies and post the statement massively on his campus, Yaba College of Technology in Lagos.
Posted by Education Rights Campaign (ERC) at 00:50

I really love your write-ups guys continue the good work.beloitcollegeceleb.com