On 7th July, 2014, the National Association of Nigerian Students (NANS), South-West Zone, convened a Congress, which discussed and resolved on the education crisis viz. – wave of fee hike, ASUP and COEASU strike, proscription of Unions etc. – facing the zone especially. Members of the Education Rights Campaign and the Democratic Socialist movement intervened in this congress.

The Congress was held at the Polytechnic Ibadan and moderated by the NANS Zone-D coordinator, Ashefon Sunday. Reports of Joint Campus Committees (JCCs), Fee Hike and ASUP and COEASU struggle formed major sections of the agenda and deliberation.

Giving the report for the Osun JCC, Awo Sam, the Osun-State JCC Chairman, reported that the State-owned tertiary institutions are currently on strike in the State. He remarked that the JCC had organised solidarity protest in support of the striking teachers and is willing to organise further actions. “OAU too is currently battling fee hikes and the university has been closed down”, he continued. In Federal Polytechnic, Ede, he reported that discussion is ongoing with the management of the institution to unban the Students’ Union activities of the institution.

Reports from Ekiti and Oyo axes proclaimed that the States are peaceful. But a student from Ekiti objected that the students of the Ekiti State University are under heavy attacks of fraudulent increment in charges. While reacting, the Coordinator, who is a student of the university, explained that the tuition fee is N50, 000, but there are some other charges which equal the tuition. Further reports from Ogun revealed that great effort was being committed to fighting a war of NANS factions as fee hikes in TASUED, OOU etc. meets no organised resistance of the axis. Reports from Ondo and Lagos were not taken because delegates from these states arrived late.

The reports from the JCC structures of the NANS Zone-D reveal a common trend of attack against Nigerian Students, with the especial coefficients of fee hikes, union proscription and closure of schools – either arising from staff unions’ struggle or management high-handedness. However, it is unfortunate that no space was given for comments on the reports of these branches, which could have provided for correction on methods and proffered organised response.

Before the Congress commenced, members of the ERC had circulated copies of the ERC’s open letter to NANS Zone-D leadership, which contained our demand for a day of lecture boycott and organised actions to generally address the various education crisis confronting Nigerian students. The ERC banner was also raised at the Congress with a bold inscription which reads “NO TO HIKE IN FEES”. Seven copies of the Socialist Democracy (SD) were also sold at the congress.

This intervention of the ERC clearly influenced the deliberation of the Congress. While deliberating on “Wave of fee hike” and “the ASUP and COEASU strikes”, a preponderant adoption of the positions of the ERC was reflected. Student leaders generally demanded organised lines of action under the banner of the NANS zone-D. Com. Juwon, a Student activist from Obafemi Awolowo University, submitted that the Congress should set up an Action Committee to organise and mobilise for lines of actions, such as Media campaigns, mass leafleteering and rallies in major cities. He also proposed that the Congress issued a Seven Day ultimatum to the management of Obafemi Awolowo University to immediately reopen the school and reverse the hike fees. These proposals were eventually adopted by the Congress. While contributing on this matter, Wole Engels, the National Mobilisation Officer of the ERC, emphasised that the wave of fee hike is an organised policy of government to commercialise education and put it out of the reach of the masses, and as such it demands an organised response. “This Congress needs to urgently declare a day of lecture boycott to kick start all outlined actions and to make it more effective”, he continued. 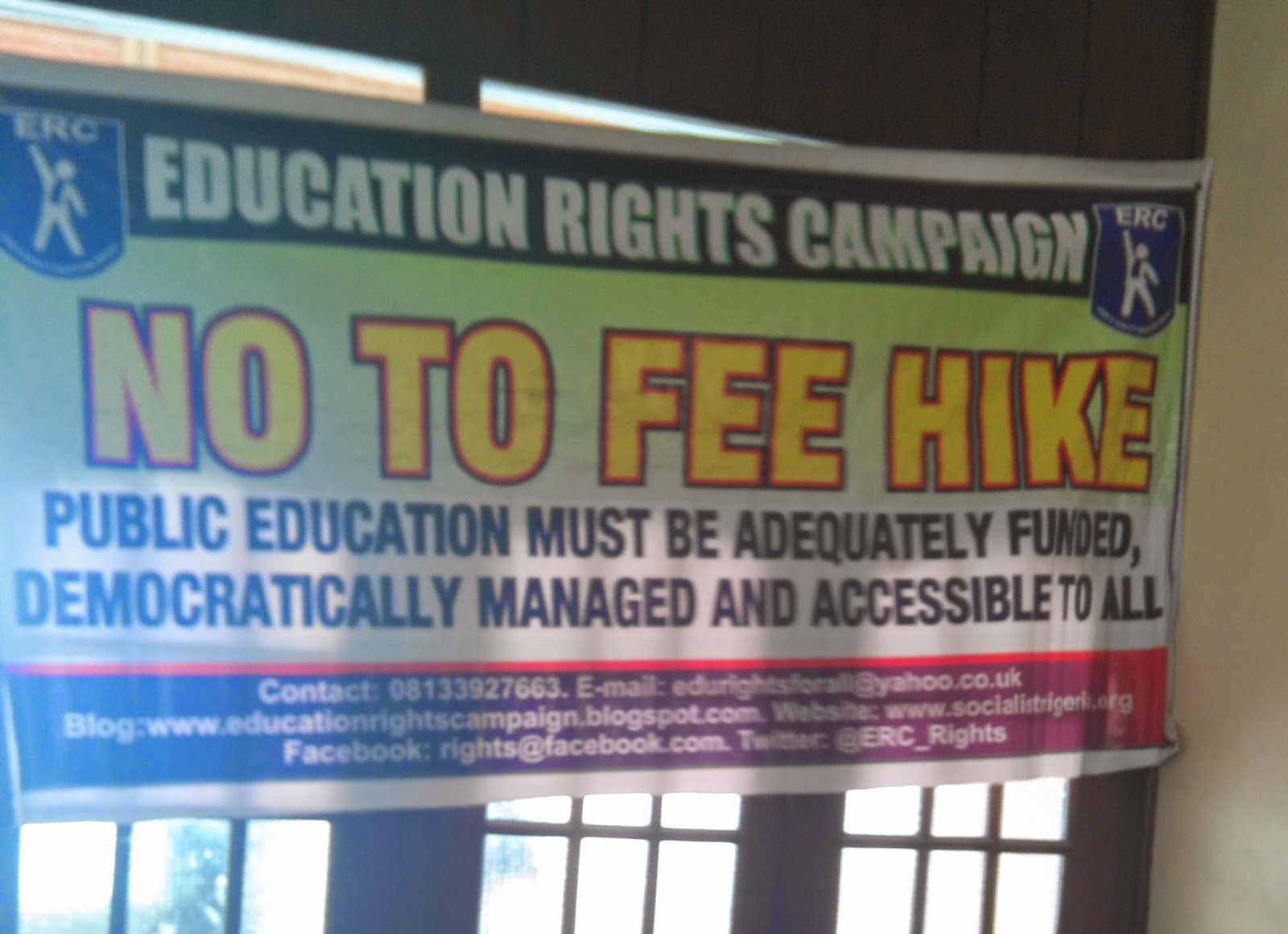 Other submissions on the ASUP and COEASU strikes posited that the issue be linked to the proposed lines of action and solidarity for the striking unions should form part of the zone’s demands. But a man who identified himself as the Chief of Staff to the NANS President, JideWolimoh, objected and instead posited that the Congress should simply refer the matter to Yinka Gbadebo, aka: Ayefele, NANS President and “I am sure he will take it up”.

To round off the congress, the Coordinator invited aspirants for the national offices of NANS in the forthcoming convention of NANS to address the congress. The congress ended with resolutions which outlined actions and set up an Action Committee to implement the decisions of the congress. Com. Wole Engels was nominated to be a member of this committee representing the Osun State axis.

As usual in recent times, the Congress brought to light again the great degeneracy in NANS and equally reflects the role of radical organisations like the ERC can play in mounting pressure of students it, through education of rank and file students, to be a fighting instrument of Nigerian students.