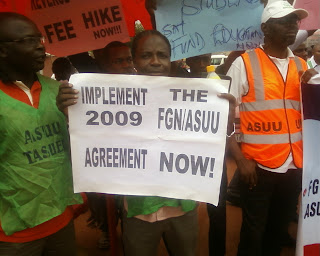 On 19th September, 2013, the Joint Action Front (JAF), in conjunction with the branches of the Academic Staff Union of Universities (ASUU) in Ogun state organized a mass procession in Abeokuta in continuation of the ‘Save Public Education Struggle’.

About 10 members of the ERC, who are also DSM comrades, from branches in Lagos, Oyo and Ogun States intervened at this struggle with our leaflets, paper (Socialist Democracy) and ERC banner. 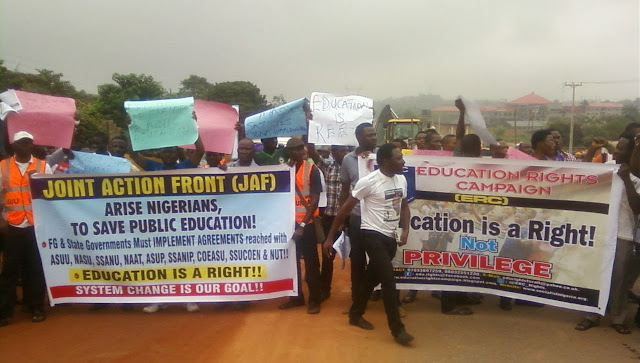 The procession started from NNPC Mega Station at Abeokuta with about 200 protesters. This included ASUU members, donning apron with inscription “strike monitoring committee”, a good number of students and JAF members especially from Lagos. For ASUU, its participation at the Abeokuta demo was better than the turnout at the August 13 JAF protest in Lagos. Yet this does not mean that the mobilization method of ASUU has improved over the last one. This is because with participation of various branches of ASUU (from Ogun, Lagos, Oyo) at the Abeokuta demo, a larger number of rank and file lecturers should have participated.

While appreciate the roles the ASUU has been playing in the JAF organized save public education struggle, the ERC has been calling on the ASUU to name a day of national protest and massively mobilize members, parents, students and working people as the next step in their struggle to save public universities from collapse.

The procession started with a short speech by Biodun Aremu (Secretary of JAF), which captured the focus of the protest – sensitisation of the masses on the crisis in public education. The procession had barely started when a battalion of Policemen led by the Ogun state Commissioner of police showed up. Remarkably, these armed policemen easily outnumbered the protesters. Even with this, the protesters were not intimidated as they continued to chant anti-repression slogans and songs. While reacting to this situation, Biodun Aremu enjoined the protesters to maintain the protest line and not take issues up with the policemen. In his words, “we are not here to fight the policemen…, the police too cannot afford hundreds of thousands of naira to send their children to school”. 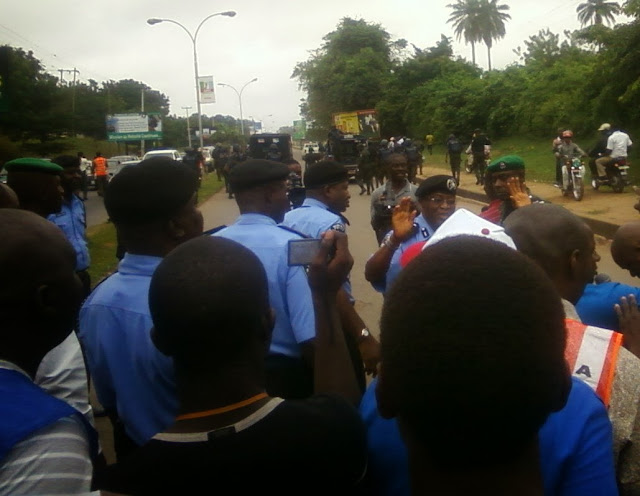 While the heavy presence of policemen also attracted public interest to the movement, the protesters were distributing leaflets within the traffic logjam created by the procession. It was during this period that we sold most of the 51 copies sold altogether at the rally. 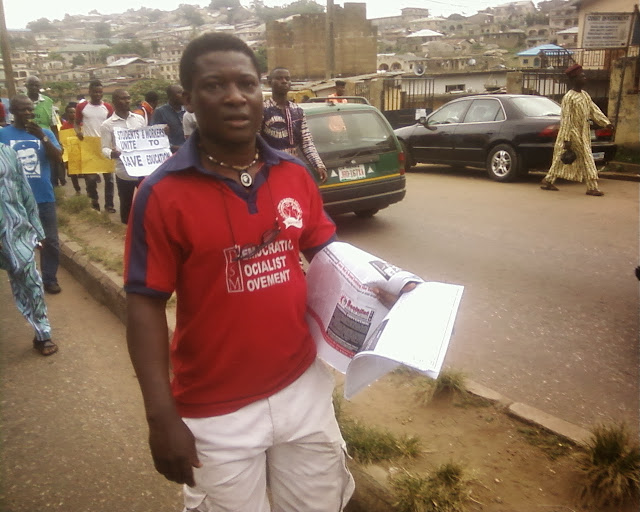 The procession stopped at Kuto and other markets to address traders, buyers and passers-by on the failure of the government to adequately fund education, decay in public education and the need for mass actions.  The speakers also explained why government must be blamed for the recent strikes of workers at tertiary institutions, especially the current ASUU strike, with attendant long closure of schools. Apparently, the reaction of the people was very receptive. One of the market women, in an obvious indignation, condemned the government who has kept her child at home for the past 3 months when she should have graduated last month. 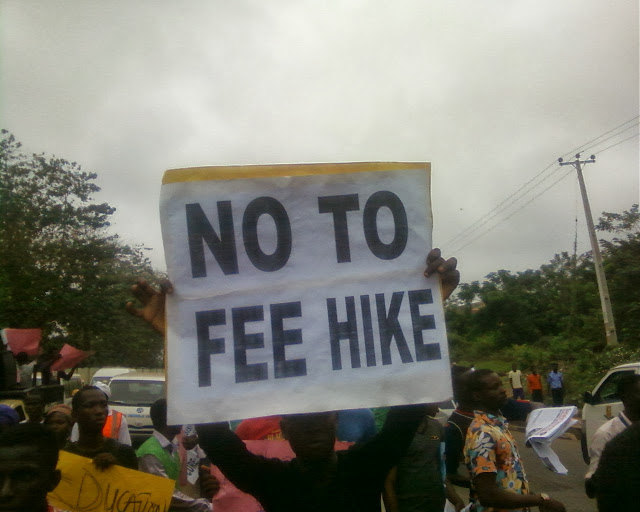 It was part of the protest plan to show a power-point documentary of Needs Assessment report which reveals the alarming extent of decadence and deterioration of the public universities. But the proposed venue was unsuitable because of its high exposure to sunlight. The procession eventually ended at IweIroyin, NUJ chapel in Abeokuta.

In all, our intervention was successful, so also was the procession itself. Apart from public sensitization the procession was also widely covered by the media.
Posted by Education Rights Campaign (ERC) at 09:39

eToro is the ultimate forex broker for newbie and full-time traders.