The Education Rights Campaign (ERC) held a rally today at University of Lagos with about 50 including students of UNILAG and Yaba College of Technology (Yabatech) and pro-labour activists in attendance. The Academic Staff Union of Universities (ASUU), Senior Staff of Nigeria Polytechnics (SSANIP) and Joint Action Front (JAF) were ably represented.  It was significant that the rally held against the backdrop of the aggressive demobilization of students from attending the rally by the university management and their lapdogs, Council of Faculty Presidents.  The management sent text messages to all the students against the rally while the Faculty Presidents massively circulated a flier.   Also present at the rally were police who came in three vans to militarise the rally. However, nobody was assaulted by the police. Full Report Later 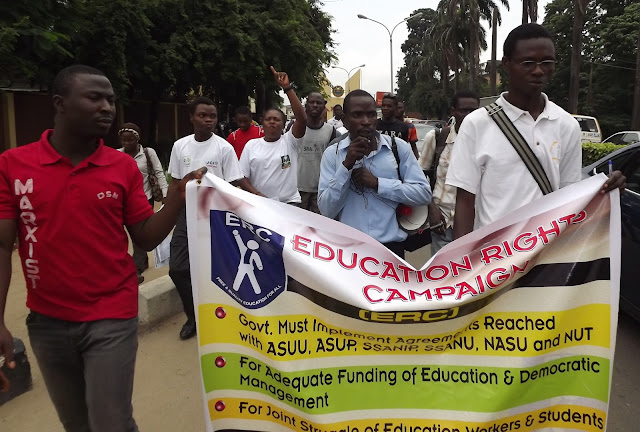 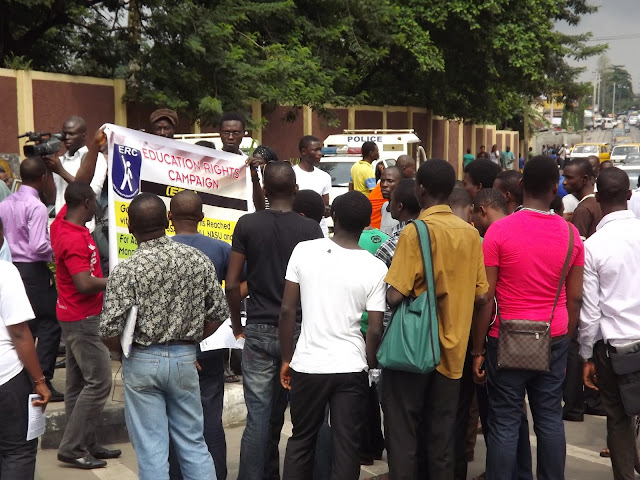