New Campaign against Fee Hike and Education underfundin: For Days of lecture boycotts and mass action to demand free education!

On the heels of the successful Free Summer Coaching in Ajegunle where the possibility of free education was demonstrated, the Education Rights Campaign (ERC) is moving on to taking actions on issues of education underfunding, fee hike and commercialisation in the public education system. This campaign which was flagged-off with a symposium on Saturday 22 September 2012 will take place in tertiary institutions as well as public primary and secondary schools.

The campaign will see members of the Democratic Socialist Movement (DSM) and supporters of the ERC pasting posters and circulating leaflets and other materials of the campaign on campuses and schools. On display for sale will also be copies of the Socialist Democracy (SD) arguing the case for socialism as an alternative to the horrors and privations of capitalism.

We are using the campaign to demand an end to education underfunding and the immediate reversal of fees in Lagos State University (LASU) and other campuses, adequate funding of education at all levels, implementation of agreements with unions and payment of living wage to education workers. For instance DSM members and ERC supporters in Ajegunle Lagos state are  intervening in solidarity with teachers in Lagos state striking for payment of TSA.

The central call of the campaign is a demand on NANS, student unions and education workers unions to call days of national boycott and mass actions linking students and school students with education workers in a massive action to demand provision of free and public-funded education. 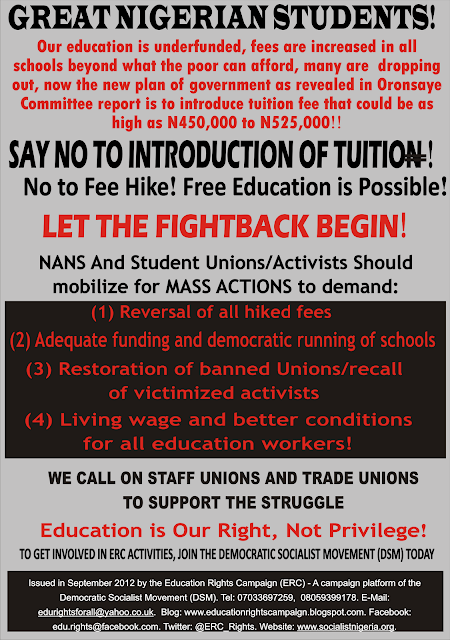 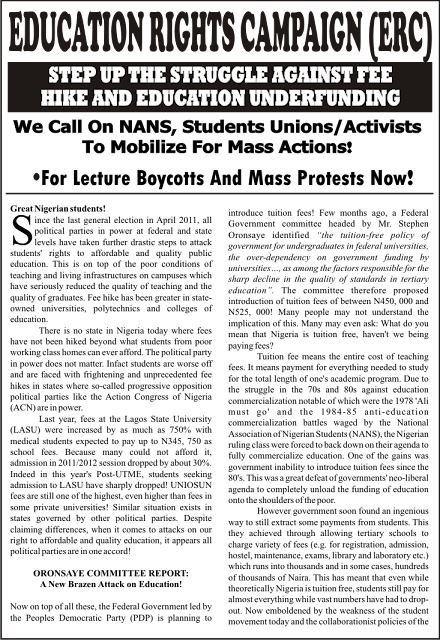 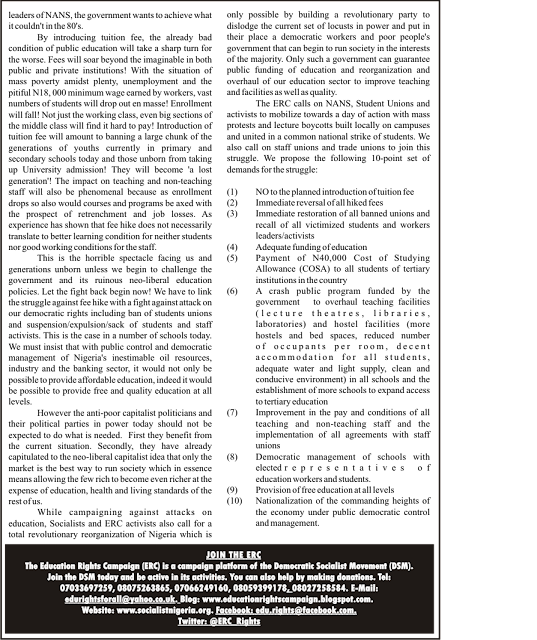