The Education Rights Campaign (ERC) – a campaign platform of the Democratic Socialist Movement (DSM) which fights for free and functional education – has started this year’s edition of its annual summer coaching for secondary school students in Ajegunle community of Lagos State. It will last for almost 8 weeks. 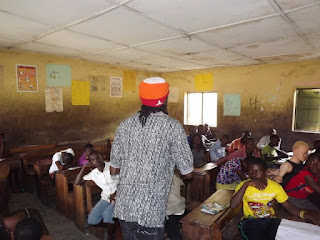 The free summer coaching, which is held daily from 9am to 1pm at the Anglican primary School Ajegunle, started on August 6th, 2012 with 82 students. On the first day, subjects like Mathematics, English Language, Government and commerce were taught. The coaching ended on the first day with an orientation class by Dagga Tolar (DSM E.C member and editor of the Socialist Democracy) where he spoke about the essence of education and reading. 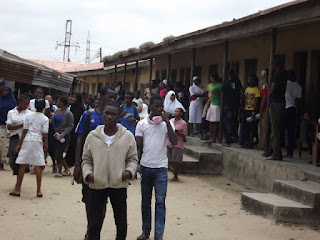 The summer coaching which has been organized annually over the past years provides opportunity for poor secondary school children in the working class slum of Ajegunle to study during the annual long vacation. Last year, over 200 students attended the coaching with the participation of a total of 25 volunteer teachers.

It is part of the campaign program of the ERC to highlight the condition of the poor in Ajegunle and such poor communities across the country who cannot afford the cost of quality education. The coaching during long vacation is extremely vital for many students preparing for entrance examinations into higher institutions especially against the background of the collapse in the quality and standard of education in both public and private schools. 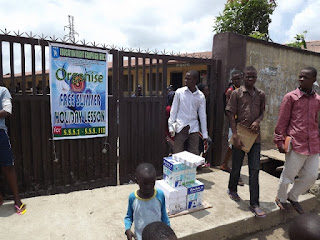 This years’ edition has started with a renewed commitment from members of the DSM/ERC, volunteer teachers and former students to ensure the sustenance of the coaching. Most of the teachers, who are readily eager to give back to their community, are graduates of different universities degree holders teaching in neighboring private schools, public schools and Lagos state EKO project.

We also have students that have benefitted from past editions of the free holiday coaching coming around to lend some help. These students aid in tutoring some subjects and assisting in keeping the coaching premises orderly. 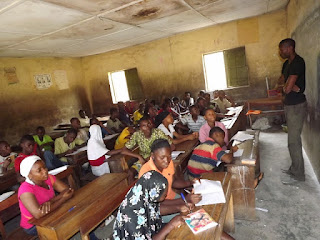 Four subjects are taken per day as teachers ensure that the classes are interactive and use five to thirteen examples to make it easy for students to understand the topic being taught. Not only is the curriculum very flexible to accommodate initiatives, students and the volunteer teachers are involved in daily meetings and discussions on how to best improve the coaching.

Just like previous years, the summer coaching will play host to some events like career and counseling talks every Friday, drama, poetry, public meetings and a symposium at the end. Mock examinations will also be organized with prizes given to the three best students from the various classes. With the zeal and commitment shown in the first few days from both members of the DSM/ERC as well as volunteer teachers, this year’s free summer coaching promises to be as exciting and successful as last year, if not more.